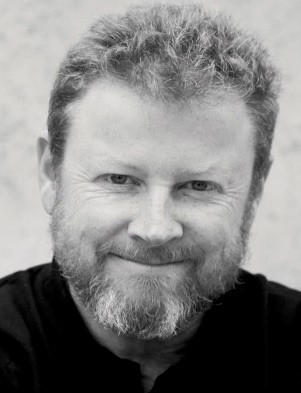 A Bit of Good Planning, Some Serendipity and a Good Deal of Dumb Luck

When I enrolled in a course to study Urban Planning in 1976, I didn’t imagine I would end up writing plays and films, running theatre companies and festivals, and teaching in high schools and universities. But then, one day on a family picnic at Wattle Park in Melbourne, two weeks before the start of semester one, my parents asked me a question that set me on a completely different career path than I thought I was on. When my application to Swinburne Film & Television School got knocked back (twice!) I was crushed and begrudgingly took up the second-best offer of enrolling in a course at a place called Rusden. Who knew that would be one of the best things that could ever have happened to me? When St Martins Youth Arts Centre was looking for a new Artistic Director in 1988, should I have let the fact that I really didn’t have much of an idea about what an Artistic Director did stop me from applying? I’m glad I didn’t. Do we find our careers or do our careers find us? It’s probably a bit of both. It certainly has been for me.

A former secondary school teacher, Chris has been Artistic Director of St Martins Youth Arts Centre, Union House Theatre at Melbourne Uni, HotHouse Theatre in Albury-Wodonga and was Co-Artistic Director of Jigsaw Theatre in Canberra. He’s been Director of the St Kilda Writers’ Festival, the Boroondara Writers’ Festival, Beachport Festival By The Sea, MUDfest Student Arts Festival at Melbourne Uni, the Biting Dog Theatre Festival in Albury and the Monash Uni Schools Theatre Festival (winner of the Drama Victoria Award). He is a graduate of Deakin University Rusden with a BEd in Drama & Media Studies and VCA School of Film & Television with a Masters in Screenwriting.

Chris has written three produced feature film screenplays; Jigsaw, A Slow Night at the Kuwaiti Cafe and The Tumbler which was nominated for the QLD Premier’s Literary Awards and won the Victorian Premier’s Literary Award. His short screenplay Cow was selected for the inaugural VCA/Whistling Woods Mumbai Travelling Studio and was co-produced in India. He was co-creator of two seasons of Shock Jock on TV1-Foxtell and With Tim Ferguson on Channel 31 and wrote the digital dome-show, Problem With Pluto for the Melbourne Planetarium. In 2014 his short screenplay Droppings was longlisted for the BlueCat International Screenwriting Award and in 2015 he was co-creator and writer of Open Channel’s six part Anzac Centenary short film project; Bringing Our Stories Home. Last year his short screenplay Sufficient Unto the Day was a finalist in the Tasmanian Gothic Short Screenplay Award.

Chris has been a writing mentor for Youth Performing Arts Australia, Regional Arts Victoria, Union House Theatre and Writers Victoria, was a dramaturg for the 3rd Indigenous Playwrights Festival and directed of the 9th National Young Playwright’s Conference. He has been a script assessor for the Australian Writers Guild, a judge for the AFI Awards, the Wal Cherry Play of the Year Award, the Victorian Premier’s Literary Awards and the AWGIES.

His plays for young people have been nominated for five Australian Writers’ Guild AWGIE awards, winning three times for Shady Characters, The Bridge and The Sadness of Mister Saisson.

The Creative Arts | Arts Forum is a series of free public lectures held at the School of Creative Arts (Inveresk). Students and members of the public are welcome to attend. Lectures are presented by staff, visiting scholars from Tasmania, mainland Australia and overseas, industry professionals and artists-in-residence.