China’s Belt and Road in the South Pacific: A Japanese perspective on threats and opportunities for the West

China’s rise has profound economic and strategic effects globally. In the South Pacific, the dominance of traditional aid powers Australia and Japan has been challenged by the growing share and influence of Chinese aid to the region. The large volume of infrastructure loans from China has raised international concerns about debt traps and political subjugation of the small island states to Beijing’s strategic objectives. Strategic discussions among the revived “Quad” members – Australia, the US, Japan and India - in response have resulted in coordinated economic assistance to the region to offer alternatives to Chinese aid. Ongoing coordination between Australia and Japan entails a possible revision of their aid principles. In this talk, Professor Yoichiro Sato will review Japan’s traditional aid principles and the current Chinese approach in light of Western criticism and make an argument for coordinated aid principles for Australia and Japan. 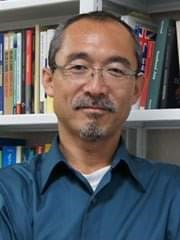