Nights at the Museum: Plastic on remote islands

Institute for Marine and Antarctic Studies 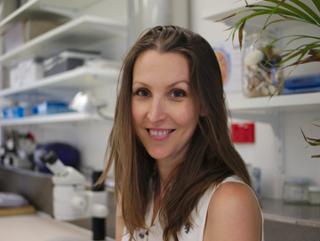 Dr Jennifer Lavers is a research scientist from the University of Tasmania’s Institute for Marine and Antarctic Studies (IMAS). She specialises in marine eco-toxicology, with expertise in tropical and temperate seabird ecology, invasive species management, and marine debris plastic pollution.

Dr Lavers made headlines with her work from Australia’s remote Cocos (Keeling) Islands, which she revealed was home to an astonishing 414 million pieces of plastic pollution, largely consisting of consumer items including bottle caps, straws, shoes and thongs. She points out that this is a conservative estimate.

In May 2017 Dr Lavers also made news, revealing that beaches on remote Henderson Island in the South Pacific had the highest density of plastic debris reported anywhere on Earth.

Dr Lavers is especially interested in exploring ways the research community can effectively engage the broader public in science and conservation.

This event is held in conjunction with Night at the Museum.