The History of Government House Gardens 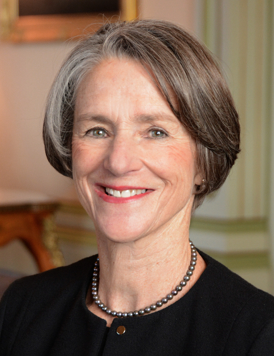 The 15 hectare Estate, first laid out in the 1850s to reflect the formal landscaping of an English Country residence, has undergone many subtle changes while retaining the basics of the original design. The lecture will trace these changes in the garden’s structure and uses.

Tasmania’s twenty-eighth Governor, Her Excellency Professor the Honourable Kate Warner AC, was sworn to Office at Government House on Wednesday 10th December 2014. Previously she was Professor, Faculty of Law, at the University of Tasmania and Director of the Tasmania Law Reform Institute. She had also in her career at the University held the positions of Dean, Faculty of Law, and Head of School. Following her appointment as Governor, she became Professor Emeritus.