Unlocking the (news) secrets of the icy continent 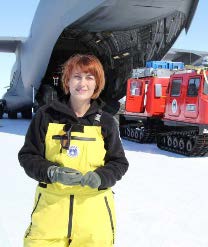 Antarctica is one of the most remote, isolated and extreme places on earth. Most Australians will never visit the continent, relying on the media for information about the location. But the role of news media has been largely overlooked in Antarctic scholarship, which seeks to understand public engagement with the continent. In this seminar, Hunt will provide an overview of her PhD project ‘News media, Science and Australian Antarctic policy’, which explores the way the news media frames Australia’s presence on the continent and how this influences public discourse and policy. Her thesis will examine the context of Australia’s long connection with Antarctica, the geopolitics of Antarctic governance and the risk posed by a changing climate. Hunt will apply Gadi Wolfsfeld’s Political Contest Model to analyse the complex relationship between the news media and those who govern Australia’s Antarctic territory.

Linda Hunt is a PhD candidate and Lecturer/Tutor at the Media School at UTAS. She has more than three decades media experience, primarily in journalism. She has travelled to Antarctica two times as a news reporter for the ABC. 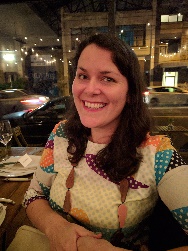 The video shop, ubiquitous fixture of the home entertainment ecosystem for over 30 years, is now obsolete. As Netflix’s reign has proven supreme, the torrent of video shop closures has slowed to a trickle. The majors have left town or morphed into faceless DVD dispensers in supermarkets and malls. With the swift passing of this era, we barely have the opportunity to stop and ask - what was the video library? In this seminar, Scott will provide an overview of her practice-led PhD project “VHS Libraries: Forgotten but not gone”. Here, Scott uses a range of documentary and relational artistic strategies to investigate the relationship between artistic communities and video libraries (both commercial and institutional) as well as what the model of a video library has to offer artists and citizens in an algorithmic-driven present and future.

Jessie Scott is a practising video artist, writer, programmer and producer who works across the spectrum of screen culture in Melbourne. She is a founding member of audio-visual art collective Tape Projects, and in 2013 she co-directed and founded Channels Video Art Festival. Jessie’s video and photography work concern the affective fabric connecting place, community and the built environment. She is currently completing a practice-led PhD about the relationship between video shops and artistic communities, with the support of a Vice Chancellor’s Scholarship, at RMIT University in the School of Art.