No qualms about quantum theory

Professor Berge Englert will argue that quantum theory is a well-defined local theory with a clear interpretation.

Quantum theory has been singularly successful in the almost one-hundred years since its foundations were laid by Albert Einstein, Niels Bohr, Werner Heisenberg, Erwin Schrödinger, Max Born, Paul Dirac, and others. Nevertheless, there is a debate – seemingly never ending – about the so-called “measurement problem” and other perceived problems. Professor Berge Englert will argue that quantum theory is a well-defined local theory with a clear interpretation. No measurement problem or any other foundational matters are waiting to be settled.

The answers to questions such as 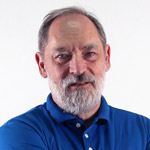 Berge Englert is a theoretical physicist whose research touches on many facets of quantum physics, from atomic structure and quantum optics to many-particle physics and quantum information. He is a Principal Investigator at the Centre for Quantum Technologies and Professor of Physics at the National University of Singapore (NUS). He is a co-recipient of the 2006 National Science Award of Singapore, a Fellow of the Institute of Physics, Singapore, a Fellow of the American Physical Society, an Outstanding Referee of the American Physical Society, and a Distinguished Referee of the European Physics Journal. He served on the editorial boards of Physical Review A, European Physics Letters, Zeitschrift für Naturforschung, and the Lecture Notes in Physics book series (Springer); he is Managing Editor of the International Journal of Quantum Information. He received faculty teaching awards at NUS and his publications include a series of undergraduate textbooks based on his lectures there.