‘Tragedy of the Inarticulate’: Exploring the politics of Indigenous knowledge

When John Bleakley described the condition of Aboriginal peoples and Torres Strait Islanders as the ‘tragedy of inarticulate’ in 1961 he reinscribed a dangerous effect paradigms of Western knowledge have had on Indigenous peoples here and around the world: that we do not know. In this talk, Sana Nakata reflects on the difficult entanglements between the construction of Indigenous peoples as a not-knowing people and the academy’s sustained desire to know Indigenous peoples. In the contemporary moment, as debates about indigenisation and decolonisation of Universities flourish here and abroad, Sana shares her own experience of what it has meant to be a Torres Strait Islander that wants to know and not be known in an academy that often struggles to understand the difference.

Associate Professor Sana Nakata is Associate Dean, Indigenous and co-director of the Indigenous Settler Relations Collaboration in the Faculty of Arts at the University of Melbourne. Trained as a lawyer and political theorist, her research is centred on developing an approach for thinking politically about childhood in ways that improve the capacity of adult decision-makers to act in their interests. She has recently completed an ARC Discovery Indigenous Research Fellowship examining Representations of Children in Australian Political Controversies (2016-2019). She is the author of Childhood Citizenship, Governance and Policy (2015) and, along with co-director Sarah Maddison, edits the Springer book series Indigenous Settler Relations in Australia and the World. 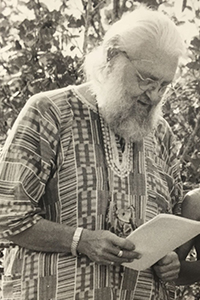 This annual lecture honours the life and work of the late Japanangka errol West, an internationally recognised poet and scholar. Japanangka errol was a leading Tasmanian Aboriginal academic, known for his scholarship in the field of Indigenous methodologies and pedagogies.