Please join us for the 10th Sandy Duncanson Social Justice Lecture to hear writer, poet and film-maker Behrouz Boochani from his new home in New Zealand, in conversation with his commissioning editor and writer Geordie Williamson.

Behrouz Boochani spent five years imprisoned in the Australian Government's Manus Island offshore detention centre. His stories of surviving physical and mental isolation and uncertainty are a timely source of inspiration, a reminder of our shared humanity, and a call to action.

His book No Friend but the Mountains: Writing From Manus Prison, commissioned by Geordie for Pan Macmillan and covertly delivered from Manus via text messages, has been acclaimed as both a literary masterpiece and critical exposure of Australia's treatment of asylum seekers.

This promises to be a very special celebration of all those who seek to make life better for others, and we would love you to be there with us. 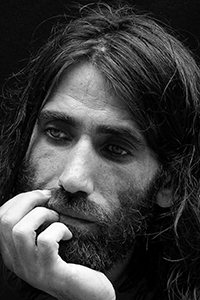 Behrouz Boochani is a Kurdish-Iranian writer, journalist, scholar, cultural advocate and filmmaker. He was a writer for the Kurdish language magazine Werya; non-resident Visiting Scholar at the Sydney Asia Pacific Migration Centre (SAPMiC), University of Sydney; Honorary Member of PEN International. He is the winner of an Amnesty International Australia 2017 Media Award, the Diaspora Symposium Social Justice Award, the Liberty Victoria 2018 Empty Chair Award and the Anna Politkovskaya award for journalism.

He publishes regularly with The Guardian, and his writing also features in The Saturday Paper, Huffington Post, New Matilda, The Financial Times and The Sydney Morning Herald. Behrouz is also co-director (with Arash Kamali Sarvestani) of the 2017 feature-length film Chauka, Please Tell Us The Time; and collaborator on Nazanin Sahamizadeh's play Manus.

His book, No Friend But The Mountains: Writing From Manus Prison won the 2019 Victorian Prize for Literature, the Special Award at the NSW Premier's Literary Awards, the Australian Book Industry Award for Nonfiction Book of the Year and the National Biography Prize.

Behrouz was a political prisoner incarcerated by the Australian government in Papua New Guinea for almost seven years, and was granted asylum by New Zealand in July of this year. 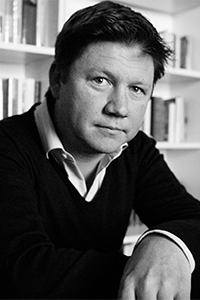 Geordie Williamson is the publisher of Pan Macmillan's Picador imprint and was the commissioning editor of Behrouz’ book published in 2019. He is the former chief literary critic of the Australian newspaper and his essays and reviews have been appearing in newspapers and magazines here and in the UK for over a decade. In 2011, Geordie won the Pascall Prize for criticism, Australia’s only major national prize awarded for critical writing. His book The Burning Library: Our Great Novelists Lost and Found, explores the lives and work of Australia's greatest authors and is acclaimed as the ‘perfect introduction to Australian literature’.