Annual Lecture of the Academy of Social Sciences in Australia

The Academy’s 2020 Fay Gale Lecturer Professor Maggie Walter FASSA is a Palawa woman from Lutruwita, Tasmania. She is a founding member of the Maiam nayri Wingara Indigenous Data Sovereignty Collective and the Global Indigenous Data Alliance. She is Distinguished Professor of Sociology and was the inaugural Pro Vice-Chancellor of Aboriginal Research and Leadership at the University of Tasmania 2015-2020. She is also a Fellow of the Academy of the Social Sciences in Australia. Her lecture will focus on Indigenous Data Sovereignty which refers to the right of Indigenous peoples to govern the collection, ownership and application of data about Indigenous communities, peoples, lands, and resources. Its enactment mechanism Indigenous data governance is built around two central premises: the rights of Indigenous nations over data about them, regardless of where it is held and by whom; and the right to the data Indigenous peoples require to support nation rebuilding. The lecture will discuss the rationale for the Indigenous Data Sovereignty movement, globally and in Australia, as well as the development of data governance tools including Traditional Knowledge Labels, Biocultural Labels and the CARE principles.

Professor of Sociology, University of Tasmania

Maggie Walter is palawa from the larger Tasmanian Aboriginal Briggs family and Distinguished Professor of Sociology at the University of Tasmania. Until this year, she was also Pro Vice-Chancellor (Aboriginal Research and Leadership). Maggie has been a Steering Committee member of the Longitudinal Study of Indigenous Children since 2004, shedding light for the first time on the reality of the lives of these children and their families. She has written extensively, authoring several books, and numerous chapters and journal articles, in the fields of Indigenous statistics, social policy and family. In 2009 she was elected as the inaugural secretary of the newly formed Native American and Indigenous Studies Association, which fosters and supports international collaboration with leading Indigenous scholars from the United States, Canada, New Zealand and Australia. Maggie serves on numerous national committees and boards related to improving the evidence base of Indigenous social policy. In 2018 she was awarded a Fulbright Indigenous Scholarship to lead an international study comparing data on educational outcomes of Aboriginal and Torres Strait Islander and Native American children for the first time. She is a Fellow of the Academy of Social Sciences in Australia.

The Fay Gale Lecture is named in honour of the late Professor Gwendoline Fay Gale AO (1932–2008), the first female President of the Academy (1997–2000) and an eminent human geographer well known for her contributions to academia, the advancement of women within academia, Indigenous studies and juvenile justice. The lecture, inaugurated in 2010, is presented each year by a distinguished female social scientist and is open to the public. This lecture is jointly hosted by the Academy of the Social Sciences in Australia and the Fay Gale Centre for Research on Gender.

Hosted by the Academy of Social Sciences in Australia 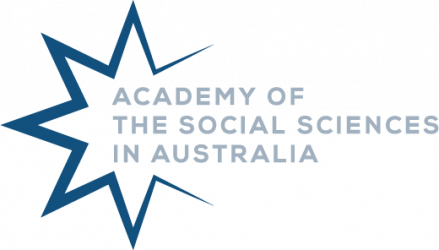