Street Smart: How cities are reshaping their streets in response to COVID-19

An expert panel discusses how the COVID-19 pandemic has changed our relationship to city streets and public places. 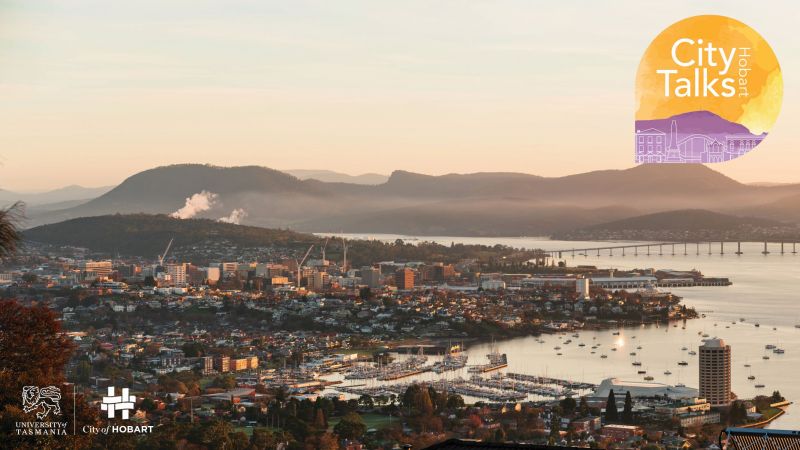 This is the first event in the CityTalks series, a partnership between the City of Hobart and the University of Tasmania, to inspire ideas and innovation for Hobart’s future. 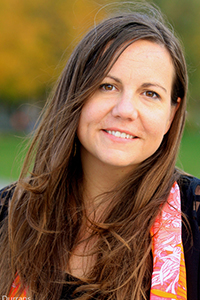 Skye Duncan is the Director of the Global Designing Cities Initiative (GDCI) at the National Association of City Transportation Officials (NACTO). Skye and her team produced the award-winning Global Street Design Guide and its recent supplement, Designing Streets for Kids. In support of these global resources, GDCI provides ongoing technical assistance to cities around the world on safe and sustainable street design and mobility.

Skye is an urban designer with over 15 years of experience in architecture, urban design, and planning, and was recognized as one of TUMI’s Remarkable Women in Transportation in 2019. She has worked as a Senior Urban Designer at the New York City Department of City Planning, as an International Urban Design Consultant, and as an Associate Professor at Columbia University in New York City, where she studied as a Fulbright Scholar.

Councillor Anna Reynolds was elected Lord Mayor of Hobart in November 2018, the third woman to be elected into the role. First elected as an Alderman to the City of Hobart in 2014, she was Chairperson of the Parks and Recreation Committee during her first term. Anna began her career establishing a community legal centre in North Queensland, after completing her degree at the Australian National University. She has held senior roles in advocacy, policy development and management, including: Managing the Australian Conservation Foundation’s Parliament Liaison Office; Deputy Director of WWF International’s Global Climate Change Program; Chief Executive Officer of the Multicultural Council of Tasmania. As Lord Mayor, Anna is focused on a range of issues including affordable housing, climate change, active transport, and protecting Hobart’s heritage.

Cr Reynolds is the Council's representative on the following external committees and bodies:

Stacey Pennicott is a senior executive with Tasmania’s peak mobility body, the Royal Automobile Club of Tasmania (RACT). As Chief Member Experience Officer, she is responsible for a broad portfolio including leading RACT’s advocacy, mobility and digital transformation strategies. Stacey is an active participant on a range of national and international forums, gaining insights from her Automobile Club peers on a range of emerging mobility and technology related issues.

Jason Byrne is a Professor of Human Geography and Planning. He researches urban political ecologies of green-space, climate change adaptation, and environmental justice. He has over 100 scholarly publications, including a multi-award-winning co-edited book - Australian Environmental Planning: Challenges and Future Prospects (Routledge). Professor Byrne has previously been awarded the Planning Institute Australia’s national award for cutting edge research and teaching, and has twice been awarded the PIA Queensland award in that category – as well as their overall award for planning excellence.

Before joining the University of Tasmania, Jason was an Associate Professor of Urban and Environmental Planning at Griffith University, Gold Coast, Queensland. Jason completed his PhD at the University of Southern California (2007) and was awarded a commendation for his doctoral research on urban and national parks and social disadvantage. Jason was a Senior Fellow at Johns Hopkins University Institute for Policy Studies (1999), where he researched environmental inequality. Prior to becoming an academic, Jason worked as a planning officer, environmental officer and policy writer with the Western Australian government. He now provides research consultancy services to the Queensland Government and City of Gold Coast Council. Jason is on the editorial board for Local Environment and Journal of Political Ecology, and has made regular radio appearances on ABC radio, as well as television interviews.

Rufus’ private sector experience includes nine years as a partner at McKinsey and Company, serving clients in Australia and Asia, and as a Director for national law firm Corrs Chambers Westgarth. His educational and social sector experience includes being the President of Museums Victoria, the Deputy Chancellor of Victoria University, the founding Chair of the Board of Teach for Australia, a Director of the New York based Teach for All and a Director of the Walter and Eliza Hall Institute of Medical Research.

Prof Black has worked extensively for government at Federaland State levels. He conducted the Black Review into the Department of Defence and the Prime Minister’s Independent Review of the Australian Intelligence Community and was the Strategic Advisor to the Secretary of Education in Victoria. He was a Board Member of Innovation Science Australia. Rufus holds degrees in law, politics, economics, ethics and theology from the University of Melbourne and Oxford University, where he studied as a Rhodes Scholar.