Our expert panel dissects Joe Biden's first 100 days as US President, and what they signal for the next four years. After arguably the most tumultuous four years in recent US history, new US President Joseph Biden faces a set of unprecedented domestic and international challenges. As he approaches the symbolic first 100 days of his presidency, our expert panel will analyse what his administration has prioritised, what it’s been able to achieve and the challenges it still faces. Professor Caitlin Byrne is Director, Griffith Asia Institute. She is a Fellow of the Australian Institute for International Affairs and Faculty Fellow of the University of Southern California's Centre for Public Diplomacy. Caitlin's research is focused on Australian diplomacy with a special interest in Australia's engagement in the Asia-Pacific region. Most recent research projects explore the role of leadership, soft power and public diplomacy - including people-to-people connections developed through international education, culture and sport - in developing Australia's regional influence, relationships and reputation. Caitlin delivers training on Soft Power and Public Diplomacy, and International Policy and Tradecraft, through Australia's Diplomatic Academy in Canberra. She consults to government in the areas of strategic foreign policy and diplomatic practice. Prior to joining academia, Caitlin had established a professional career spanning strategic management, legal, foreign and social policy roles in the government, business and community sectors. 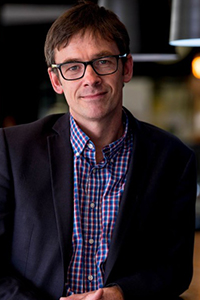 Professor Richard Eccleston is a political scientist who has devoted his career to analysing and addressing some of the most significant policy challenges facing our community. Richard is recognised as an international authority on tax policy and the politics of tax reform. He believes that established academics have an obligation to contribute to public debate and to apply their knowledge and expertise to develop practical evidence-based solutions to the numerous economic, social and environmental challenges we are facing. Since 2014 Richard has led the University of Tasmania’s policy engagement as the founding Director of the Institute for Social Change and, since 2020, the founding Director of the Tasmanian Policy Exchange. Over this time he has led projects on a wide range of topics from housing affordability, migration, preventative health to campaign finance reform. He works closely with governments of all political persuasions and is a respected political commentator. 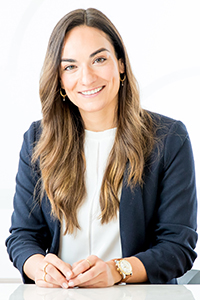 Dr Gorana Grgic is a jointly appointed Lecturer at the Department of Government and International Relations, and the United States Studies Centre, at the University of Sydney. Gorana’s research interests include US foreign policy, transatlantic relations, conflict resolution and democratisation. She is the author of Ethnic Conflict in Asymmetric Federations which explores the nexus between political liberalisation, asymmetric federalism and ethnic conflicts. She has been a regular political contributor for ABC News and Sky News, and has written for and contributed to a number of domestic and international media outlets and policy institutes.

The discussion will be moderated by Dr Matt Killingsworth, Head of Discipline, Politics and International Relations, at the University of Tasmania.