Panellists from law, health, community services and the police discuss what raising the age of criminal responsibility would mean for Tasmania.

In every Australian jurisdiction, children as young as 10 can be held criminally responsible for their behaviour. This means they can be arrested, and even imprisoned. Whether this is in the best interests of children, and the community, is increasingly being questioned, and the United Nations has called for Australia to raise the minimum age of criminal responsibility to at least 14.

Join us to explore what raising the minimum age of criminal responsibility might mean for Tasmania, including a discussion of alternative ways to address children’s problematic behaviour, meet their underlying needs and promote community safety.

An expert panel of practitioners and academics drawn from law, police, health, and community services will discuss issues and take audience questions. 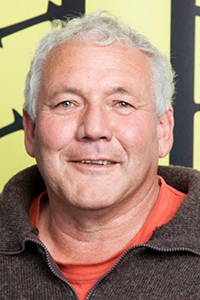 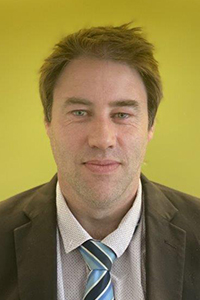 Donna Adams has been a police officer for 34 years and is currently the Acting Deputy Police Commissioner in Tasmania. Donna has been recognised with an Australian Police Medal for Distinguished Service and the Tasmania Police Service Medal for diligent and ethical service. She received a Commissioner's Commendation for her work in the aftermath of the devastating 1996 Port Arthur massacre, and has been recognised by the Australasian Council of Women in Policing as an outstanding investigator. In 2014, Donna was the Tasmanian Telstra Business Woman of the Year and went on to become a joint national winner of the Telstra Business Women Innovation Award. Donna has a Graduate Certificate in Police Studies (2002), Graduate Certificate in Applied Management (2007) and a Master in Policing (2011).

Rodney Dillon, an Aboriginal man from the Pinterrairer people North-East Tasmania, lives and works on the land of the mouheneener people. Rodney has personally been involved in court cases fighting for Tasmanian Aborigines to have the right to maintain their cultural fishing rights for three-plus decades. As a defender of rights for Indigenous peoples, Rodney as former Commissioner of ATSIC had prominent roles which have seen him involved in repatriating Aboriginal remains and cultural artefacts from the British Natural History Museum, the Royal College of Surgeons, Horniman Museum and Cambridge University. Rodney was awarded National NAIDOC person of the Year, and previously won the Tasmanian Human Rights Award as well as being nominated for the Australian of the Year. Rodney’s community work has seen him play an integral role in the start-up of several Aboriginal organisations – South East Tasmanian Aboriginal Corporation, weetapoona Aboriginal Corporation, Pakana Services, and more recently the Tasmanian Regional Aboriginal Communities Alliances. Rodney has worked for the past decade with Amnesty International as the Indigenous Advisor and has been involved in the Homelands campaign, advocating for Aboriginal people’s right to remain on their ancestral homelands. Rodney campaigned alongside many other organisations to Save the (Racial Discrimination Act), when amendments threatened the RDA, arguing successfully for no changes.

Alan Hensley graduated with an Arts/Law degree from the University of Tasmania in 2003 and was admitted to practice law in 2004. He worked with the Office of the Director of Public Prosecutions from 2006-12 and, following that, with Tasmania Legal Aid. In 2016 he took on the role of Criminal Practice Manager and is now the Associate Director (Crime). Alan has extensive court room experience, having conducted over 100 Supreme Court trials and a greater number of Magistrates Court hearings. He has a long-standing interest in youth justice matters and was the Legal Aid specialised Youth Justice Lawyer in 2012-13, and the Legal Aid delegate to the committee that oversaw the implementation of reforms to the Children’s Court in the North and North West of Tasmania. 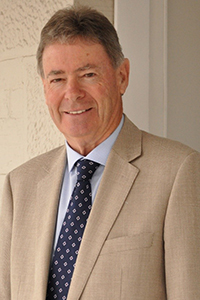 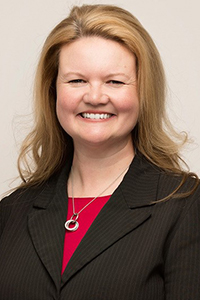 Michael Hill was admitted to the Bar of the Supreme Court of Tasmania in 1972. He was appointed a Magistrate in January 1988, Deputy Chief Magistrate in 1997 and Chief Magistrate in 2009. He served as an Acting Judge of the Supreme Court in 2005. He represented Australia on the Council of the Commonwealth Magistrates and Judges Association and served on the Council of the National Judicial College of Australia. He was instrumental in the establishment of the Mental Health Diversion List in the Tasmanian Magistrates Court in 2007, which introduced a therapeutic approach to dealing with offenders whose offending was linked to their mental illness, and supervised the restructuring of the Court’s Youth Justice list, which saw a problem-solving approach introduced to deal with young people charged with criminal offences. He was prominent in the introduction of the Drug Treatment Order option for offenders whose offending was linked to their substance addiction. He retired from the Court in October 2015. In 2017 he was appointed an Adjunct Professor of Law at the University of Tasmania and in the same year was a nominee for Tasmanian of the Year in the Australian of the Year Awards. In 2018 he was appointed Chair of the Just Desserts Drug Court Incentive Group which was formed to support the work of the Drug Court in the Magistrates Court of Tasmania.

Leanne McLean was appointed Tasmania’s Commissioner for Children and Young People in November 2018. Her role is to promote the rights and wellbeing of Tasmanian children and young people - including their rights when decisions made by adults may affect them. Leanne has a wealth of experience as a leader in social policy development, including working at the coal face with young people, and in senior public service and government advisory roles. Her work with children and young people includes shaping, delivering and communicating policies which affect them and empowering them to shape their own future. Leanne is passionate about providing a voice for children and young people, believes strongly in the transformative power of education and early intervention, and the value of every young person in shaping the future of Tasmania. Leanne grew up in the far south of Tasmania, attended Geeveston District High School, Ogilvie High School, Hobart College and the University of Tasmania and now lives with her husband and two children in Hobart.

Georgina O’Donnell is a Forensic and Clinical Psychologist in independent private practice. She specialises in providing forensic psychological assessments for legal proceedings including criminal law, child safety, community protection, psychological injury and family law. She has worked across settings including the Tasmanian prison system, the Wilfred Lopes secure mental health unit, community-based forensic mental health, inpatient psychiatric care and private practice. Georgina’s special interests include best practice in forensic interviewing of children and countering violent ideation and extremism. Georgina completed her doctoral studies in clinical psychology at the University of Tasmania and has completed further postgraduate study in forensic expertise at Deakin University, Monash University and The Handa Centre for the Study of Terrorism and Political Violence (University of St Andrews, Scotland). Dr O’Donnell regularly provides Court Expert opinion on the psychological and risk profiles of child and adolescent defendants in the criminal justice system.