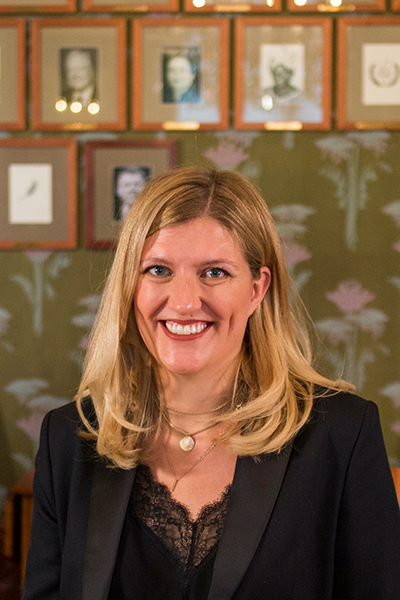 Seventy-five years have passed since the atomic bombing of Hiroshima and Nagasaki. For seventy-five years, the survivors of these bombings have been calling for the elimination of the heinous weapons that destroyed their cities. And for seventy-five years we have been incredibly lucky that we have not suffered another Hiroshima or another Nagasaki. The risk of the use of nuclear weapons is as high as it has ever been - and the threat continues to grow. We know that there is no medical response capacity to address the humanitarian catastrophe of a nuclear explosion. The only solution is to eliminate nuclear weapons. The Treaty on the Prohibition of Nuclear Weapons provides that pathway to a safer and more secure world. It is urgent that all countries sign and ratify this landmark accord for global security and the survival of humanity.

Beatrice Fihn is the Executive Director of the International Campaign to Abolish Nuclear Weapons (ICAN), the 2017 Nobel Peace Prize-winning campaign coalition that works to prohibit and eliminate nuclear weapons. Ms Fihn has led the campaign since 2013, working to mobilise civil society throughout the development of the Treaty on the Prohibition of Nuclear Weapons that entered into force on January 22. Previously, Beatrice managed the disarmament programme at the Women's International League for Peace and Freedom and the Reaching Critical Will project, as well as working with the Geneva Centre for Security Policy. She has delivered keynote lectures on weapons law, humanitarian law, civil society engagement in diplomacy and multilateral institutions, as well as the gender perspective on disarmament work. Ms Fihn holds a Masters Degree in Law from University College London and a Bachelor’s Degree in International Relations from Stockholm University. She was recently listed as one of the 50 innovators who changed the global landscape in 2017 by Bloomberg Media. Ms Fihn is also the executive producer of the film The Day the World Changed, the first-ever interactive virtual reality memorial experience to pay tribute to those affected directly by nuclear warfare spanning back to 1945.

The Red Cross Oration has taken place since 2007 and springs from a collaboration between the University of Tasmania and Australian Red Cross. The purpose is to contribute to the advancement of public understanding and interdisciplinary dialogue concerning issues of human significance in the contemporary world. The Oration is presented by an internationally renowned speaker and has the primary purpose of introducing to the wider community issues that connect broadly with the values and principles of the International Red Cross and Red Crescent Movement.

While the speaker may come from any discipline, the focus of the Oration is on an important contemporary issue that has a distinctly human meaning and significance whether related, for instance, to some aspect of human distress or suffering, human dignity or respect, or human understanding and human engagement.