Hear stories from scientists who have been to the Antarctic and witnessed animals in the wild.

If Antarctic animals could talk, what would they say?

Discover the challenges faced by elephant seals as they swim the Southern Ocean searching for food. Uncover the amazing role of krill in the polar regions and find out what they’re telling us about the changing climate.

Understanding the challenges faced by Antarctic animals is central to improving our knowledge of the ocean’s role in climate change, and for understanding the impact that change is having on Earth.  Join our experts to find out what the cool-climate creatures would tell us, if they could. Devi is fascinated by how the marine environment influences its dependent biology, particularly in the context of climate change. The Southern Ocean provides a great opportunity to study this, being a unique ecosystem that is rapidly manifesting the impacts of climate change. It is also home to Antarctic krill, one of the most abundant multicellular species on earth. Krill play a critical role in Southern Ocean ecosystems, and serve as a main prey source for iconic top predators. Her research involves using modelling approaches to piece together available evidence to answer questions such as: Which environmental characteristics support Antarctic krill population success? And how may climate change affect krill habitat quality in the future?

Devi is now a post-doc at the Centre de Synthèse et d'Analyse sur la Biodiversité (CESAB) in Montpellier, France, where she is synthesizing literature on ocean-based solutions to mitigate and adapt to climate change. 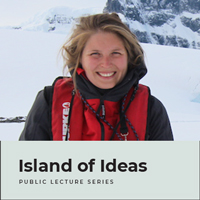 Dr Cleeland is a Fisheries Scientist at the University of Tasmania and the Australian Antarctic Division. Her interest is in the field of Southern Ocean ecology and fisheries management.

Jaimie completed her PhD and Graduate Diploma in Marine and Antarctic Science at the University of Tasmania. Her research focussed on quantifying connections between foraging ecology, demographic patterns and future population viability of multiple albatross species on Macquarie Island, to better understand how they are affected by external stressors such as commercial fisheries, climate change and invasive species.

In 2014, she was awarded a SCAR Fellowship to travel to the British Antarctic Survey, which led to a field role with the Royal Society for the Protection of Birds on remote Gough Island. There, Jaimie ran several research projects on seals, penguins and albatrosses. including investigating interactions between seabirds and high seas fisheries in the South Atlantic and the impact of invasive mice on breeding seabirds.

Between research projects, Jamie has travelled to all three Australian Antarctic stations as a Watercraft Operator, and to South Georgia and the Antarctic Peninsula as a Naturalist on board small expedition vessels. In her current role as a Fisheries Scientist at the AAD and IMAS, Jaimie continues to support evidence based conservation and management through bycatch analysis for fisheries operating in the Southern Ocean. 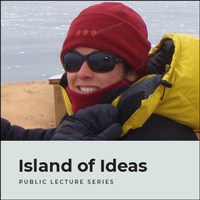 Dr Andrews-Goff is a Senior Marine Mammal Research Scientist with the Australian Antarctic Division. Her work focuses on the generation and analysis of data streams critical to the conservation and management of whales that move through the waters of Australia and the Southern Ocean. This research underpins scientific and technical advice to government and supports Australia’s engagement in the International Whaling Commission and the Commission for the Conservation of Antarctic Marine Living Resources.

Virginia focuses on the movement of whales, by analysing data transmitted by satellite tags. She uses these movements to characterise important habitat, revealing how whales move through and use their environment. This information is then used to identify environmental linkages, mitigate threats and conserve and manage whales throughout their range.

Virginia has worked primarily on the movements of blue whales, humpback whales and southern right whales. Her field experience has generated data on the full spectrum of Southern Ocean cetaceans but most notably, the iconic Antarctic blue whale. Stuart is a senior lecturer in Oceans and Cryosphere at IMAS. His research focuses on understanding the likely impacts of climate change on the Southern Ocean and how changes in the physical environment are likely to cause changes to the marine ecosystem of the region. He is particularly interested in understanding the relationship between the environment and population success of Antarctic krill.

Closer to home, Stuart studies how climate change is impacting Tasmania and Tasmanians. This ranges from changes in frequency and intensity of extreme events  to understanding the social impacts of climate change.

Before joining the faculty at IMAS Stuart was a long-time member of the Antarctic Climate and Ecosystems Cooperative Research Centre (co-located with IMAS). Prior to that he had positions with CSIRO Oceans and Atmosphere, the School of Medicine at UTAS and a stint with the Australian Bureau of Statistics.

The consistent thread through Stuart’s career has been using computational models to describe a physical system and then use that knowledge to understand the impacts of that change on social, biological and ecological systems.