Australia is in the grip of a housing crisis. Prices have skyrocketed, labour and materials have become scarce, and rental affordability is a whimsical memory.

The pressure is on all levels of government to find solutions.

The Government took policies for a 10-billion-dollar Housing Australia Future Fund and a National Housing Finance and Investment Corporation to the election, designed to deliver 30,000 new houses by the end of the decade. Many states have announced significant funding boosts to meet demands since.

How will funds be spent, and risks be managed? Is there an opportunity to breathe life into regions where services and infrastructure fail to support population growth? What tools are available to government to underpin such far reaching policies? Will the principles of integrated land use and transport planning fall by the wayside in the rush to meet demands?

Join Peter Poulet for the 2022 Sir Patrick Abercrombie lecture and find out how lessons from the past might provide solutions for our housing crisis.

Register to attend online or in-person

You can join this talk in-person, or online. Registrations are essential. To register for the in-person event, select your free tickets through Eventbrite here. To attend online, register via Zoom  here, and we'll email you details on how to join. 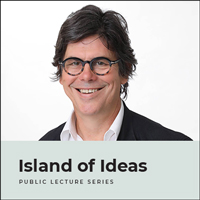 Peter Poulet joined the Greater Sydney Commission, now Greater Cities Commission, in September 2018 as the Central City and South District Commissioner, now the Central River City Commissioner. Before this, Peter was the 23rd New South Wales Government Architect for six years, providing independent, impartial, whole-of-government perspective and advice on the built environment to achieve optimal architectural, urban design and environmental outcomes. He has over 30 years’ experience in both private and government architectural offices and his projects have received numerous awards including the Horbury Hunt, the Blackett and an Australian Institute of Architects’ award.

Held since 2006, the biennial Abercrombie Lecture is a partnership between the Abercrombie Family, Planning Institute Australia, and the University of Tasmania. It celebrates the achievements of Sir Patrick Abercrombie and carries forward an ambition to radically improve the world’s cities, with a specific focus on Tasmania. In the aftermath of the Second World War, Abercrombie led a radical effort to reconstruct the United Kingdom’s devastated cities. His prescient ideas and exceptional forethought galvanised a generation of planners and left a legacy that is still resonating in the 21st century. The Greater London Plan 1944 has since become known as The Abercrombie Plan. Firmly rooted in ideas for post-war reconstruction, the plan addressed a range of issues, including transportation, housing, infrastructure coordination and the provision of green space.

In London in July 2005, the Royal Town Planning Institute celebrated the contribution made by Sir Patrick to planning. It was attended by Sir Patrick’s granddaughters, the late Caroline Allen and Fiona Abercrombie-Howroyd, who curated an exhibition of plans, medals, awards and citations. Part of that exhibition was donated to the University of Tasmania by Sir Patrick's son, the late Neil Abercrombie, who was Town and Country Planning Commissioner in Tasmania for nearly two decades. The Abercrombie collection now forms part of the Special and Rare Book Collection of the University of Tasmania. 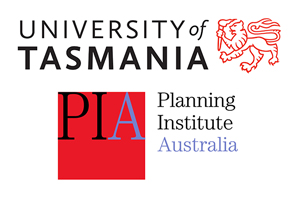