Two-Headed Tasmanians: Our past, your future

Add to Calendar 2022-10-27 18:00:00 2022-10-27 19:00:00 Australia/Sydney Two-Headed Tasmanians: Our past, your future Join Dr Kristen Hynes for a talk with Q&A to discover how you can contribute to a brighter and healthier future for all Tasmanians. Sir Stanley Burbury Theatre, Dobson Road, Sandy Bay, Hobart
Book Now
Venue:

Join Dr Kristen Hynes for a talk with Q&A to discover how you can contribute to a brighter and healthier future for all Tasmanians.

We’ve all heard of two headed-Tasmanians, but have you ever wondered how and why the name-calling began?

Did you know that a mother’s iodine intake in pregnancy may improve her child’s literacy skills?

Join Dr Kirsten Hynes and discover how you can contribute to a brighter and healthier future for all Tasmanians. Take a journey into the history of iodine deficiency in Tasmania and uncover past impacts on the health and wellbeing of our children. Find out who is still at risk and equip your friends and family with the knowledge to prevent history repeating.

Register to attend online or in-person

You can join this talk in-person, or online. Registrations are essential. To register for the in-person event, get your free tickets through Eventbrite here, to attend online, register through Zoom here and we'll email you the details on how to join. 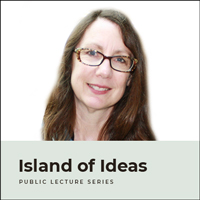 Dr Kristen Hynes is a Research Fellow at the Menzies Institute for Medical Research. Her research interest is iodine nutrition, particularly the impact of mild iodine deficiency in the Tasmanian population and its adverse impacts during pregnancy and childhood and subsequent effects on educational attainment. It is her goal that research on iodine deficiency leads to the complete elimination of this preventable condition and its associated adverse outcomes in the Tasmanian population.

Kristen is a member of the Ministerial Thyroid Advisory Committee, the Eliminating Iodine Deficiency in Pregnancy Working Group and is part of the Tasmanian Public Health Research and Action Coalition, a group translating research into policy and practice.

Over the past 25 years, she has collaborated with a cross-disciplinary group of researchers in medicine, education, and pharmacy, and with public health nutrition and policy experts; a team that has successfully translated their research findings into public health policies to improve iodine nutrition in Tasmania and beyond. Examples of their successful implementation of research evidence into impactful public health policy and improved health outcomes include:

Kristen has led research of international significance, demonstrating that even ‘mild’ iodine deficiency during pregnancy can adversely impact foetal development and childhood outcomes, producing a subtle cognitive deficit that manifests as impaired literacy acquisition during schooling. Concerningly, these apparent deficits in auditory processing speed and working memory persist into adolescence and do not appear to be modifiable by adequate iodine nutrition during childhood.

Her team’s most recent work highlights an ongoing risk of iodine deficiency in Tasmanian women of reproductive age. Her current research aims to ensure all Tasmanian women are informed of the importance of iodine supplementation pre-conception, during pregnancy and throughout gestation to help optimise the cognitive potential of their children.