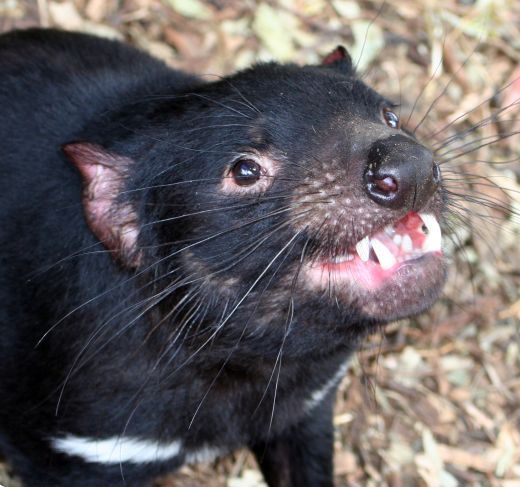 The fight to secure the future for the iconic Tasmanian devil has received a timely boost, with leading scientists being awarded more than $300,000 in research grants.

These funds have been made possible due to generous donors to the Save the Tasmanian Devil Appeal - the principal fundraiser for the endangered Tassie devil - which is managed by the University of Tasmania.

Ten grants totalling $311,000 have been awarded to support research that meet the key priority areas agreed to by the University and DPIPWE (Save the Tasmanian Devil Program).

The broad range of projects supported include research into the implications for managing Devil Facial Tumour Disease 2 (DFT2) in southern Tasmania; the battle of tumours: growth kinetics and competition of DFT1 and DFT2; development of an early diagnostic test for the disease; and evaluating the risks from landscape transformation for agriculture and forestry on resilience to current and future disease in Tasmanian devils.

An additional $150,000 of donor funds has been allocated to vaccine research at the University of Tasmania’s Menzies Institute of Medical Research over the last twelve months.

All these funds have been raised through a variety of philanthropic initiatives managed by the Devil Appeal including the 2020 Giving Tuesday Appeal, where donors were asked to donate and then name a wild devil, and through ongoing corporate support from organisations such as Pure Foods Eggs, the Tall Foundation, and TreadRight Foundation.

While it is no longer believed devils are facing extinction, DFTD continues to kill hundreds of devils every year. A second transmissible cancer (DFT2) is spreading across Southern Tasmania and combined with roadkill and habitat loss, is a major threat.

Devil numbers were at their highest in the mid-1990s. Today, they have dropped to just 17,000. Researchers at the University of Tasmania predict that the rate of decline is slowing, and numbers will plateau at 12,000 within the next decade. This is a significant decrease from 53,000 only 25 years ago and the Tassie Devil’s future remains uncertain.

The awards are named in recognition of Dr Eric Guiler who was born in Ireland and moved to Tasmania in 1947 to work at the Zoology Department, University of Tasmania. Dr Guiler was a Lecturer 1948-1951, Senior Lecturer 1952-1973 and then Reader 1974-1983 in Zoology at the University of Tasmania. Later in his career, he became an early researcher into the Tasmanian devil.