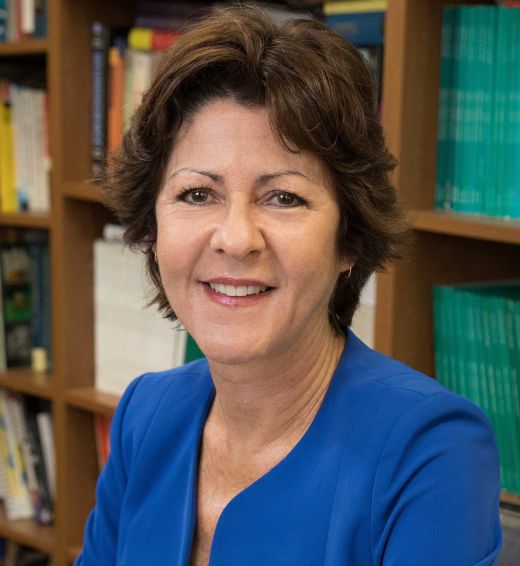 How a generous gift creates a cascade of kindness that benefits future generations of students.

Professor Michelle Craske knows what it feels like to have someone believe in you.

In 1978, Professor Craske was in the thick of her psychology studies at the University of Tasmania when she received a prize in recognition of her exceptional hard work and impressive academic results.

The prize was bequeathed by the late Honourable Sir Philip Oakley Fysh, a former Tasmanian premier.

The financial reward was modest, but the encouragement it gave her to continue to apply herself to academic pursuits was immeasurable.

So much so, that many decades later, Professor Craske, who is now a distinguished psychologist anda world-leading expert in depression and anxiety research, has decided to give back to the university where her academic journey began by setting up an endowed prize —the Professor Michelle Craske Prize in Psychology.

“Receiving the prize meant a lot to me, it was really powerful and impactful, and it was part of my inspiration to keep going,” Professor Craske said.

“I completed a double major in English and Psychology, and I was impressed with the Psychology Department. They had high expectations of their students, but they also believed in us.

"Dr Iain Montgomery was my Honours supervisor, and he was a great mentor and a critical force in my development, so when I went on to study my PhD at British Columbia University in Canada, I was well prepared.

“I decided that I wanted to provide the same encouragement to an undergraduate student who works hard and achieves at a high academic level.”

Professor Craske is now a Professor of Psychology, Psychiatry and Biobehavioral Sciences at the University of California, the Miller Family Endowed Chair, Director of the Anxiety and Depression Research Center, and Associate Director of the Staglin Family Music Center for Behavioral and Brain Health.

In addition, Professor Craske is the Director of the Innovative Treatment Network and a leader of the UCLA Depression Grand Challenge.

The inaugural recipient of the $1000 prize was Simon Weber. He was extremely grateful to receive the prize, which he said was highly encouraging and would help motivate him towards further academic pursuits in the field of psychology.

To find out how you can support students, visit: utas.edu.au/giving/give-now