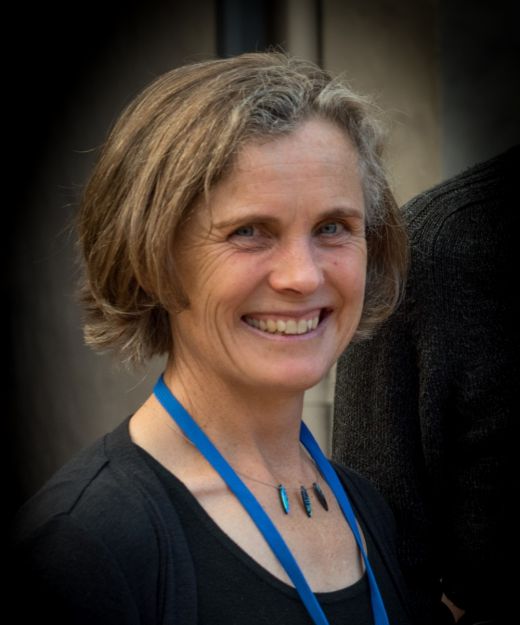 Tasmania’s giant white gums are providing a view into the future.

For hundreds of years, stands of white gums in north-east Tasmania have been left to grow. Their distinctive pale trunks now tower above the landscape, seemingly invincible.

Locals call them the ‘white knights’, but lately the eucalypts look battle weary, as they strain under prolonged droughts and increasingly frequent heat waves. Scientists are beginning to wonder—can we save them?

The fate of our forests during global change is being put under the microscope by University of Tasmania researchers, who are eager to understand whether the white gums have the capacity to adjust to a hotter, drier Australia.

A $446,000 grant from Eucalypt Australia, a charitable trust set up to support the conservation, education and research of eucalypts, has provided the project with a significant boost that will enable the team to uncover knowledge to help restore, conserve and manage native and planted forests during climate change.

The white gum (Eucalyptus viminalis) covers large swathes of south-eastern Australia and provides a vital habitat to many animals, explains Dr Dorothy Steane, an honorary researcher and former senior lecturer in the School of Biological Sciences.

“Across Australia and the world there are increasing reports of forests dying,” Dr Steane said.

“In Tasmania and NSW, a large number of white gums —tall trees that have beautiful, smooth, white trunks—have been dying; this includes the ‘white knights’ in Tasmania’s Evercreech Forest Reserve, which are among the tallest known flowering plants in the world.”

Before the white gums die, the trunk cracks and oozes a red sap, causing the trunk to turn a ginger colour.

“The death of white gums is particularly concerning because it is the main food source for many species, including the Forty-spotted Pardalote, an endangered  bird that uses its specially adapted beak to scratch the tree and make a small hole that exudes a sugary syrup, which it eats,” Dr Steane said.

“If these trees die out, it could also signal the demise of  the Forty-spotted Pardalote and other dependant species.”

Dr Steane and a large team of researchers at the University, together with colleagues at CSIRO, are committed to improving our understanding of forest dieback.

“Over the past decade, there has been a rapid decline in  the health of E. viminalis across its distribution following pest outbreaks and climate stress,” she said.“The extent to which this species has the genetic capacity to survive and adapt to a hotter, drier climate is a key question.”

Dr Steane said it is suspected that in Tasmania at least, drier, hotter weather is the culprit.

“We think the water pipes [xylem] in the trees are breaking because of the prolonged droughts and heatwaves. In NSW it appears that insects may be killing drought-weakened trees, but it is not completely clear,” she said.

“But we want to work out the precise climatic factors triggering the death, the physiological mechanism that is causing them to die, and understand if there is any genetic variation in their susceptibility.

“We know that some trees die, and nearby others live, so it’s vital to understand if there is genetic variation in their adaptive capacity.”

The team will use field, glasshouse and laboratory trials to identify adaptive genetic diversity related to native tree dieback, in order to better understand the genetic potential of eucalypts to adapt to environmental change.

Dr Steane, who retired from the University in December but continues to support the research project in an honorary position, said financial support from organisations like Eucalypt Australia provided valuable assistance to the team in continuing their important work to conserve Australia’s iconic eucalypts.

“We are extremely grateful for the support that we have received from Eucalypt Australia,” she said.