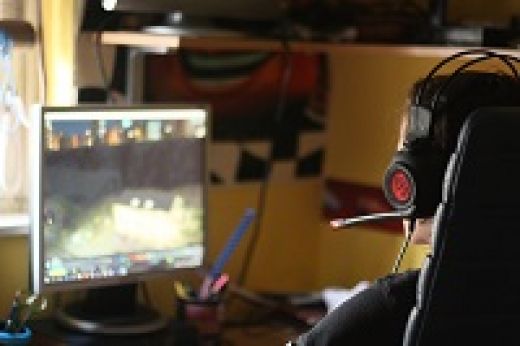 Aggressive video games have no strong, long-term links to youth aggression, a recent study has shown.

University of Tasmania School of Psychological Sciences researcher and study co-author Dr Jim Sauer said while the link had been long debated and cited in other research, the latest publication in Royal Society Open Science found no strong link between gaming and aggression in youths.

“Debate over whether exposure to violent videogame content might increase aggression – especially over the long-term – is common in scientific literature and in popular media,” Dr Sauer said.

“However, we found no evidence to support this relationship.

“When we pooled data from published studies, we found an extremely small effect of violent game play on aggression, one which, in our view, is too small to be practically meaningful.”

The research also found this relationship to be even weaker in ‘high-quality’ studies and further diluted the longer a game was played.

“We found no significant relationship between violent gameplay and aggression in the highest quality studies,” Dr Sauer said.

“And when looking at how any effects might cumulate over long-term playing, we found that longer time periods were associated with smaller changes in aggression.

“Contrary to previous suggestions, violent gameplay does not cumulatively increase aggression over time.”

The paper went on to say any past findings that violent video games substantially caused aggression in people may reflect methodological choices or weaknesses and researcher expectations, rather than real world effects.

"A meta-analytic examination, the research pooled 28 studies containing approximate 21,000 participants to investigate whether people who played violent video games for longer than three months would experience increases in their aggressiveness.

The study also coded the quality of previous studies on the issue.

The researchers involved in the study also called for greater use of pre-registration of practices in future work on violent video games (which requires researchers to specify in advance what questions they will ask and how they will analyse their data), to help increase the quality of research in this area.