Hosted and Sponsored by
Creative Exchange Institute CxI and CAIA

In her perceptive examination of the encounter between history, performance and colonialism, American theorist Diana Taylor argues that performance ‘transmits memories, makes political claims, and manifests a group’s sense of identity’. Crucially, Taylor reminds us of the critical political and interventionist work of performance, especially those of Indigenous peoples, and associated artefacts and creative expressions which challenge us to look beyond traditional text-based sources, to ask: ‘If … we were to reorient the ways social memory and cultural identity…have traditionally been studied…what would we know that we do not know now? Whose stories, memories, and struggles might become visible?1

This two day symposium is concerned with looking again at how we have come to know the colonial past. To attempt to know the past 'experimentally' is to make way for the emerging archive of previously overlooked embodied and affective actions, objects, everyday experiences and performative challenges to the colonial that were ignored or already accounted for. This means making a space for the stories of the bodies, objects, animals, constructed ‘heritage’ sites and environments that became entangled within colonialism. Such an approach requires a reconsideration of the ways in which the past is presented. This symposium will critically interrogate the ways that the past is re-imagined, interpreted, commemorated and/or subverted through affective performances of heritage and history. We seek to explore new forms of creative expression and writing that are reflective of the affective force of the emotional past, as well as new ways of performing and 'playing' the past that produce different pedagogical effects. 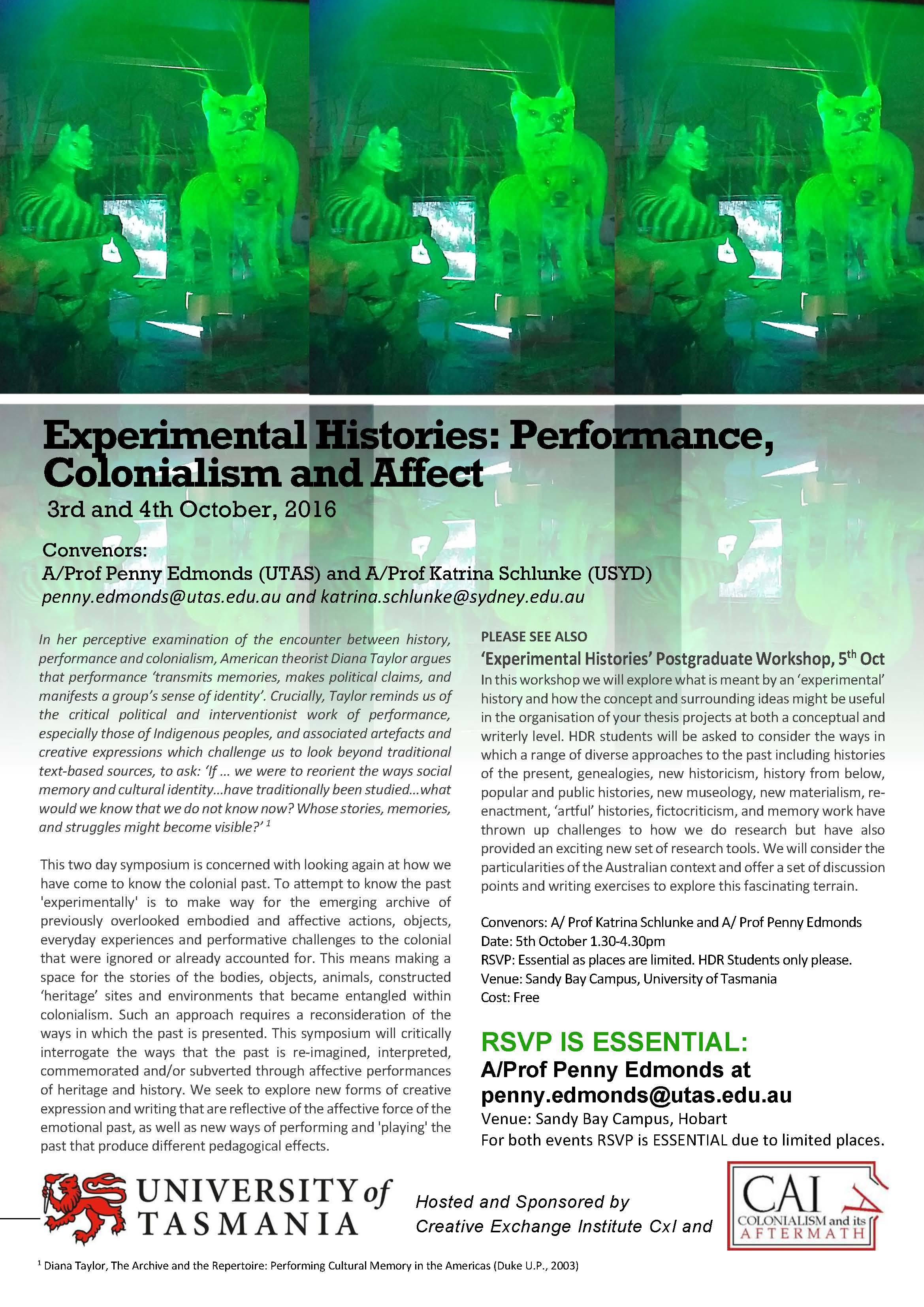 Contact Us
People
College of Arts, Law and Education
Scroll to Top