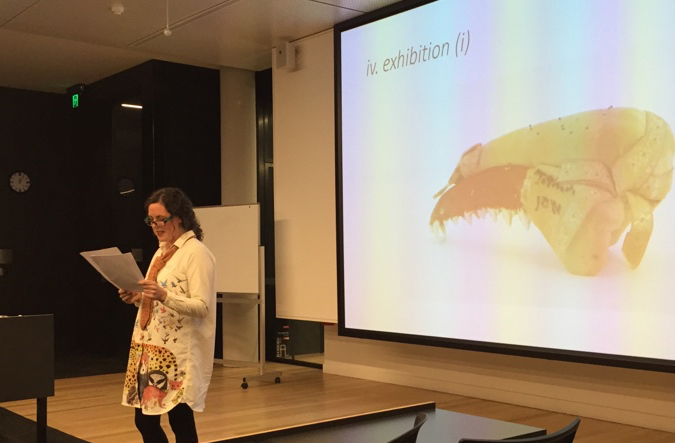 This two-day symposium brought together an interdisciplinary group of researchers to explore what the era of the Anthropocene means for how we critically, artistically and affectively approach objects (including animals and non-sensate things). Objects included an ice berg, a preserved thylacine pup, sharks, a green plastic bucket, grasslands, and bio-art made from a kombucha scoby. Papers engaged in ‘experimental histories’ in order to situate objects in the uncanny moment where the Anthropocene has rendered the familiar strange and the strange familiar. These objects were re-enlivened in order to expose alternative ways of knowing the past, understanding this anthropocentric present, and imagining the role of humans in shaping earth futures.

The event interrogated present and future problems—species mass-extinction, climate change, anthropogenic environmental impact—in relation to how the past is re-imagined, interpreted, commemorated, subverted and displayed. In this way human history and its commemoration in museums, galleries, archives and historical sites was considered in relation to the deep histories of nonhuman time and the more-than-human effects that a human-centred approach has often ignored or hidden. We were interested not only in objects as products of the Anthropocene, but in how the Anthropocene uncanny invites us to re-consider histories and objects in new and unexpected ways.

‘Experimental Histories’ is a cross-disciplinary research cluster and Strategic Theme Area, of the College of Arts, Law and Education, University of Tasmania, comprising humanities scholars, artists, and curators.