Keeping the Lamp of Enlightenment Burning: Education and Culture in Tasmanian and Australian History 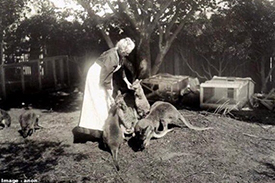 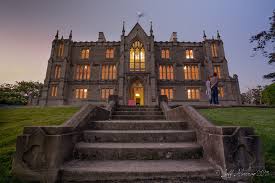 Right from first settlement developing the economy and meeting material needs motivated colonists. Pastoralism, agriculture, whaling and sealing, commerce and building trades provided employment and greed, exploitation, ambition, consumption and getting on were dominant social shibboleths that arguably continued into the twentieth century. It might be expected that, in a society so dominated by economic values, education and culture would find it difficult to flourish and that was certainly the case in the nineteenth century and also arguably at least to the mid-twentieth century. What was achieved in creating an educated and enlightened citizenry, enlarging minds and enriching cultural experience deserves to be recognised.

The 34th annual conference of the Centre for Tasmanian Historical Studies seeks to shine a light on some aspects of education and culture in Tasmanian and Australian history since first settlement. As is our brief and our pleasure, we have again assembled a cast of seasoned and up and coming historians, all enthusiastic to share their research and thinking about education at different levels, locations and angles and culture in its various broadly-defined guises.

In the early nineteenth century mechanics’ institutes were established as early adult education centres to improve the education of the working classes and to provide them with the scientific knowledge that they could apply to their work. But, as Stefan Petrow explains, the emphasis of the institutes shifted to meet the cultural tastes of the middle-class, reflecting the classic tension between information and entertainment that we face today. In a second paper Stefan Petrow discusses another modern dilemma that first emerged in the second half of the nineteenth century when governments struggled to meet the needs of technical and university education and the number of students able to benefit from those forms of education was far from what was desired.

Set more firmly in the twentieth century, David Boon tells us about the trials and tribulations of teacher James Edward Wright, who tried to do his best for his students and fellow teachers, mainly in Southern Tasmanian schools, but did not get the support he needed from Department of Education bureaucrats. Peter Brett takes us up to the present and discusses the current practice of teaching History in schools. Inspiring teaching in schools is crucial for the continued vitality of the discipline of History, not to mention forging a critical and informed citizenry, and Peter Brett’s paper will keep us abreast of the latest educational thinking.

Like the papers on education, the papers on culture traverse the nineteenth and twentieth centuries. Tony Brown assembles some of his vast knowledge of colonial artists to show how their work has been misrepresented, but has many present day uses. Two other intriguing papers touch on culture relating to the exotic and the natural world in the late nineteenth and early twentieth centuries. Paige Gleeson examines the holdings of Pacific artefacts at the Tasmanian Museum and Art Gallery and Michelle Murphy brings to light collection of animals assembled by Mary Roberts at her private zoo ‘Beaumaris’.

Stefan Petrow teaches Australian and European History at the University of Tasmania. He has published widely on Tasmanian history, specialising in legal and planning history. In 2016 he published (with Carey Denholm) Dr. Edward Swarbreck Hall: Colonial Medical Scientist and Moral Activist and is completing a three-volume book called Tasmanian Anzacs: Tasmanian Soldiers and World War One.

Peter Brett is a Senior Lecturer in Humanities and Social Sciences Education at the University of Tasmania based at the Cradle Coast Campus. He mainly teaches into the B.Ed. (Primary) program. He has been involved in history teacher education in England and Australia since 1993. He inherited a love of History from History teaching grandparents and studied History at the University of Durham as both an undergraduate and postgraduate student, specialising in early Nineteenth Century British popular politics. Peter has an allied interest in Civics and Citizenship education and is currently the President of the Social and Citizenship Education Association of Australia [SCEAA]. He has recently co-edited and contributed to the seventh edition of Teaching Humanities and Social Sciences in Australia [Cengage, 2019], a text designed to inform and support pre-service primary and secondary teachers.

Paige Gleeson is a History PhD candidate at the University of Tasmania within the ARC Future Fellowship project ‘Reform in the Antipodes.’ Paige’s research explores the historical intersections between colonial governance of Indigenous populations in Australia and the Pacific, humanitarianism, anthropology, and material collection for museums. Her other research interests include art history and theory, women’s and gender history, colonial photography, and the politics of memory.

Michelle Murphy is a graduate of the University of Melbourne and Monash University and is currently enrolled as a PhD student in the History and Classics Discipline at the University of Tasmania. Her thesis is on the evolution of the zoological garden in Hobart first at ‘Beaumaris’ House in Battery Point, 1904-1921 and then at The Domain, 1923-1937.

David Boon has taught all grades Prep-10 and held a number of history curriculum and professional learning roles over a 33-year career in Tasmanian education. He is co-author of Place and Time: Explorations in Teaching Geography and History (2nd ed, 2019) and contributing author to Historical Thinking for History Teachers (2019).

Tony (AV) Brown is a geologist and art historian. He graduated from the University of Tasmanian with BSc. (Hons) in 1972 and Ph.D., by external study, in 1986. After twenty years as a field geologist and nineteen years in Geoscientific Management, he retired from full-time paid work in 2011. Since 1982 he has researched and written on exploration and artists in the colonial period of VDL/Tasmania and has been involved in the production of exhibitions, publications and talks on many colonial artists as well as journal and book articles on geoscientific subjects. From 1982 until 2010 he was an Honorary Research Associate in Colonial Art at the Tasmanian Museum and Art Gallery (TMAG). On retirement from the TMAG Board of Trustees in 2011 he was appointed as an Honorary Research Fellow in Colonial Art. He is presently an Honorary Research Associate of the University of Tasmania in Geoscience; a member of the Allport Library and Museum of Fine Art Management Committee; and, a member on one of the UTAS History Department’s, Historic Records of Australia Working Groups.