What is the Indonesian program about?

Indonesia is the fourth most populous nation on Earth, the world’s largest Muslim country, and third largest democracy. Its economy is one of the fastest growing and stable in the last decade and is heading to be the 16th largest in terms of GDP by 2020.

Among other Asian countries, Indonesia can arguably be considered the most important country for Australia. Many of Australia's key national interests, from security and borders to agriculture and trade, are dependent on Indonesia.

Job and research opportunities abound for Australians who know the country and language well. The Indonesian program will help you to develop a deep understanding of not only the language, but the society and culture behind it.

As for learning the language, you can start as a beginner or at a higher level if you have studied before.

"We often forget that, being our closest neighbour, matters in Indonesia often have a direct impacts on us. Look at the recent cases of the drug and human trafficking as well as terrorism. Don’t you think we need a better understanding of Indonesia?" 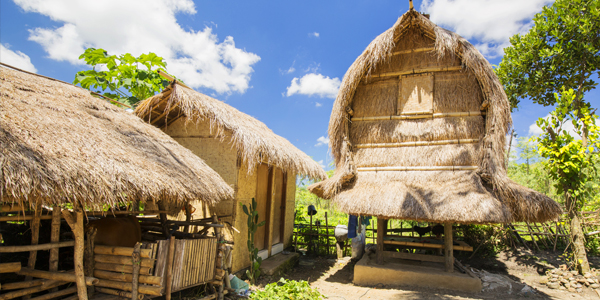 "The whole immersion aspect was fantastic; in particular making a visit to Sasak Village Sade near Kuta Lombok and meeting the locals. Some of these people we had learned about in class; returned guest workers in a community adapting to rapid social change. It gave a human face to the lessons."

Why study Indonesian with us?

Enjoy opportunities to study in Indonesia with leading Indonesian institutions in Lombok, Kupang, Yogyakarta and others cities. Choose a program from three to six weeks (during your Summer and Winter breaks) or up to a semester-long. Receive credit toward your units at home and many scholarships are available.

Undertake four units in Indonesian fully online by distance, on-campus in Hobart, or a combination of both. Our Indonesian language program is one of a few offered fully online at a tertiary level.

Develop your ability in all four essential Indonesian language skill sets – reading, writing, speaking and listening – whether you are new to the language or have prior knowledge or experience.

Interact with students who have joined us from our partner institutions in Indonesia. Our buddy-system lets you improve each other's language skills and cultural understanding significantly, with regular opportunities to chat.

Taught in English, our Indonesian Studies units give you specialist knowledge of society, culture, politics, and economics in Indonesia and other parts of Asia.

What careers relate to Indonesian?

Graduates from our Indonesian program have gone on to a wide range of interesting careers in fields such as diplomacy, trade, journalism, education and the arts. Some have even found rewarding opportunities in Indonesian institutions or companies. With demonstrable language skills in Indonesian, you can enhance any career and open doors for employment overseas.

How can I learn Indonesian?

Many people who undertake Indonesian studies do so to master the language itself, or as a valuable adjunct to other study in their undergraduate degree. Indonesian is also a popular choice as the Arts major in combined degrees with Business, Health, Fine Arts and Education.

Core and elective units in Indonesian can be identified with HMN in the unit code. The program provides you with a structured pathway through Indonesian language learning (written and spoken), as well as units on society, culture, politics, and economics, in Indonesia and other parts of Asia.

Your learning experience in Indonesian goes beyond the lecture and tutorials. Taufiq is a Lecturer and the Coordinator of Indonesian in Global Cultures & Languages. Taufiq's research interests are on ethnicity, particularly in identity politics, conflicts, minority and marginalisation and Chinese diaspora. Although Indonesia and Southeast Asia remains his main focus, he has a strong research interest in undertaking comparative studies involving other countries in the Asia Pacific region.