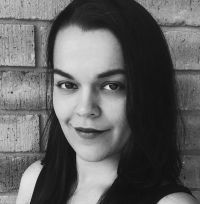 Jessica Davies has just been nominated for a Tasmanian Theatre Award in the ‘Best Writing’ category in the professional theatre division for her play Jekyll and Hyde. The play was written as part of Davies’ Honours thesis and was a Loud Mouth Theatre Production in 2017.  Jekyll and Hyde has also been nominated for a slew of other awards including best direction and best design (set or costume) for Maeve Macgregor, and a range of acting and design awards.