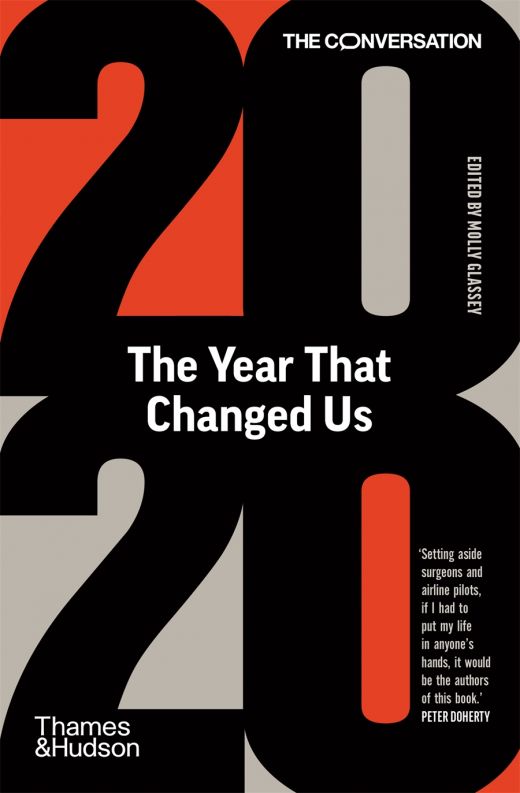 Congratulations to Dr Louise Grimmer and Professor Martin Grimmer, whose contributions to online academic journal The Conversation have been selected among the 50 top articles for the year.

The Conversation Yearbook, titled 2020: The Year That Changed Us and published by Thames & Hudson Australia, contains the most popular stories from the 4000 published on the site this year.

Dr Grimmer and Prof Grimmer were the only UTAS representatives for this year, a feat they also achieved last year.

“These essays from leading thinkers and contributors to The Conversation examine what will be one of the most significant and punishing years in the 21st century," Thames & Hudson Australia write.

"2020: The Year That Changed Us explores the lessons that cannot be overlooked from this remarkable year, and the most intelligent way forward,”

The article described how COVID-19 had turbocharged the shift to online shopping, and that consumers were now entering an era of logistics automation, robots and the "dark store".

“ … The shift to online shopping has created demand for “dark stores” – essentially, stores without customers. These smaller, decentralised facilities, located in suburbs rather than industrial parks, are designed to pick and dispatch online orders quickly,” the authors wrote.

“Woolworths opened its first dark store in Sydney in 2014. Coles opened its first in Melbourne in 2016. Existing stores are also being repurposed as dark stores. In April 2020, Australia’s Kmart temporarily converted three stores to use as fulfilment centres.

The article focused on the social value old-fashioned milk bars once generated for local communities around the country, and how their revival could foster a new era of connectedness.

“Sadly, not all corner stores can be revived. For those that are, the benefits for the local community are tangible. Local stores have an important role to play in rebuilding a sense of community and trust, as they foster social engagement and encourage people to walk or ride their bikes in their local area,” they wrote.

“While many corner stores have closed over the past 30 years, the success of those that have survived or been revived is based on adapting to what local consumers are demanding – convenience, coffee and community.”