A new international study led by scientists from the Institute for Marine and Antarctic Studies (IMAS) and the University’s Centre for Marine Socioecology (CMS) has highlighted how humans are being affected by climate-driven changes in the distribution of land, marine and freshwater species around the world.

Global ecological changes pose a wide range of emerging challenges for humans, from health risks to economic threats, and from conflict over fisheries resources to impacts on the supply of coffee.

Published in the journal Science and led by IMAS Associate Professor Gretta Pecl, the study by a large international team of scientists warns that communities and economies from the tropics to the poles are being affected as species are already responding to climate change.

Human survival depends on other life on earth so the redistribution of the planet’s living organisms is a substantial challenge for people worldwide, Associate Professor Pecl said.

“As their local environment changes, many plants and animals are responding by moving to higher altitudes, greater depths in the oceans, or towards the poles.

“Previous studies have shown that land-based species are moving polewards by an average of 17 km per decade, and marine species by 72 km per decade.  Our study demonstrates how these changes are affecting worldwide ecosystems and human health and culture in the process.

While some species favour a warmer climate and are becoming more abundant, many others that humans exploit or interact with face depletion or extinction.

Associate Professor Pecl said that as humans rely on natural ecosystems for food, industry, health and culture, they’re affected by changes in species distribution in many different ways, including:

Roger Griffis, Fisheries Biologist with the U.S. NOAA National Marine Fisheries Service and co-author of the study, said that "additional action is needed to better consider species range-shifts in the formulation of goals, policies and management actions at local to international scales." 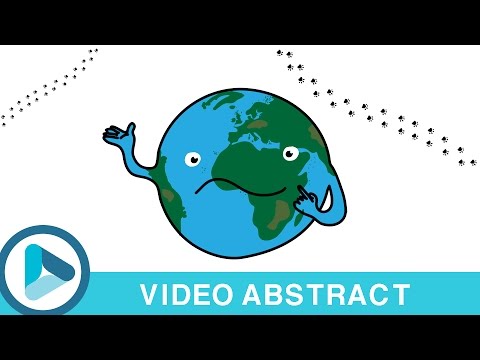 A dynamic, multi-level legal and policy approach is needed to address the impacts across local, national and international boundaries, Mr Griffis said.

The rate that marine species are moving polewards.

Co-author Professor Stewart Frusher, from IMAS and also Director of the University of Tasmania’s Centre for Marine Socioecology, said greater investment was also needed in ongoing research to understand and monitor the impacts of species movements.

“Interdisciplinary teams that cover the biophysical and human dimensions are essential if the full societal impacts of range shifting species are to be identified and managed.

Enhanced awareness and appropriate governance will provide the best chance of minimising negative consequences and maximising the opportunities from major species movements, which will continue for the foreseeable future, Professor Frusher said.

The study of climate-driven changes in species distributions is a relatively new field of science in which IMAS, CMS and CSIRO researchers are playing a lead role.

Hobart hosted the major international Species on the Move conference in February 2016, with a follow-up conference likely to be held in Kruger National Park, South Africa, in 2019.

You can see the paper here.

Interested in starting your own research degree? Find out more here.

The workshop and conference leading to this publication were supported by the University of Tasmania, IMAS, NOAA Fisheries Service, CSIRO, National Climate Change Adaptation Research Facility Natural Ecosystems Network, the Ian Potter Foundation, the Antarctic Climate and Ecosystems Cooperative Research Centre, and the ARC Centre of Excellence for Environmental Decisions.

Interested in conducting your own research? Apply now to become a research student

The frozen continent and its connection to us

The Antarctic Cities project will bring together three "gateway" cities.