Over the past few decades, allergies and asthma have become common childhood diseases, especially in developed countries. Almost 20% of Australians experience some kind of allergy, whether it’s to food, pollen, dust, housemites, mould or animals.

When people suffer from food allergies, hay fever or asthma, their immune system incorrectly believes the trigger substances are harmful and mounts a defence.

The response can range from mild symptoms, such as sneezing and a blocked nose (in the case of hay fever), to anaphylaxis (from severe food allergies or bee stings) and asthma attacks.

Read more: What are allergies and why are we getting more of them?

We used to think the rise in allergic conditions was because we weren’t exposed to as many early infections as previous generations. But the science suggests that’s not the case.

However it seems being out in nature, and exposed to diverse (but not disease-causing) bacteria, fungi and other microorganisms may help protect against asthma and allergies.

Remind me, what’s the hygiene hypothesis?

In 1989, researcher David Strachan examined allergy patterns in more than 17,000 children in England. He noticed young siblings in large families were less likely to have hay fever than older siblings or children from small families.

He proposed that these younger siblings were exposed to more childhood illness at a younger age, as more bugs were circulating in these large families and the younger children were less likely to wash their hands and practise good hygiene.

Greater exposure to these childhood infections helped “train” their immune systems not to overreact to harmless things like pollen.

Strachan coined the term “hygiene hypothesis” to explain this phenomenon, and the idea has been appealing to our dirty side ever since. 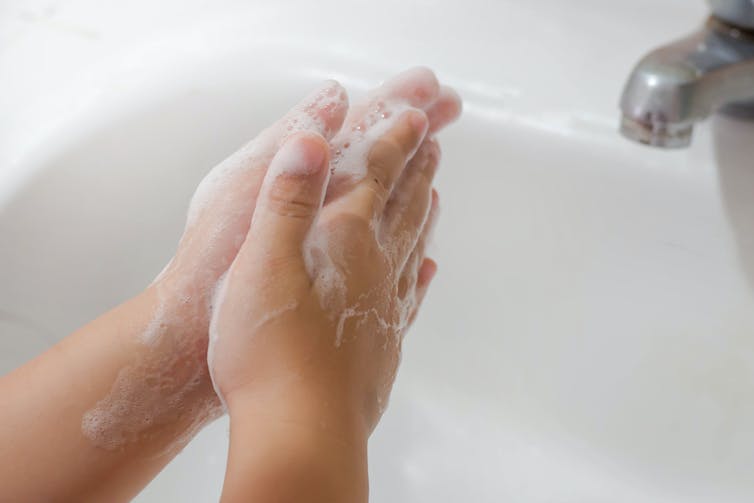 Yes, it’s a good idea for kids to wash their hands regularly to avoid getting sick. Wor Sang Jun/Shutterstock

Strachan wasn’t the first to notice exposure to “dirty environments” seemed to prevent allergic disease. A century earlier, in 1873, Charles Blackley noted hay fever was a disease of the “educated class”, and rarely occurred in farmers or people living in less sanitary conditions.

However, Blackley and Strachan were wrong about one important thing: the association between sanitation and allergies is not due to reduced exposure to early childhood infections (or “pathogens”).

Large studies from Denmark, Finland, and the United Kingdom have found no association between the number of viral infections during childhood and allergic disease. In other words, exposure to disease-causing pathogens doesn’t appear to prevent allergies.

In fact, exposure to childhood viral infections, in addition to making a child sick, may contribute to the development of asthma in predisposed children.

Read more: What causes asthma? What we know, don't know and suspect

Many researchers now argue the term “hygiene hypothesis” is not only inaccurate but potentially dangerous, because it suggests avoiding infection is a bad thing. It’s not.

Good hygiene practices, such as hand washing, are critical for reducing the spread of infectious and potentially deadly diseases such as influenza and the Wuhan coronavirus.

What about ‘good’ exposure to bacteria?

For healthy immune function, we need exposure to a diverse range of bacteria, fungi and other bugs – known as microbes – in the environment that don’t make us sick. 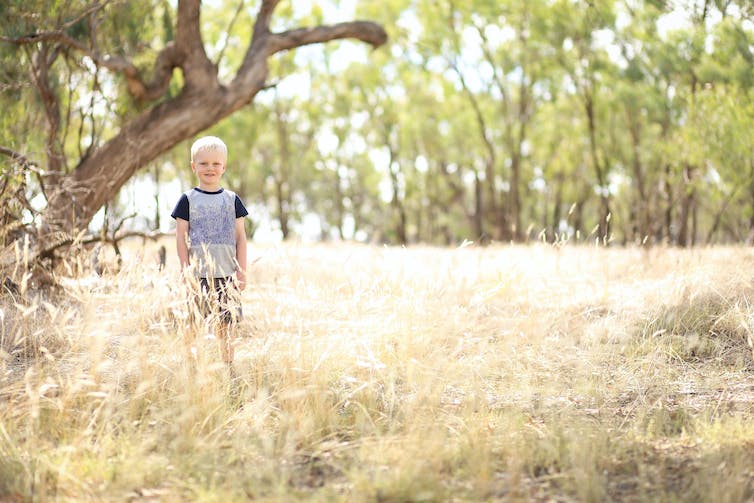 We need exposure to a range of organisms found in nature. caseyjadew/Shutterstock

Read more: Essays on health: microbes aren't the enemy, they're a big part of who we are

Within urban environments, recent research shows people who live closer to green, biodiverse ecosystems tend to be healthier, with less high blood pressure and lower rates of diabetes and premature death, among other things.

More specifically, research has found growing up on a farm or near forests, with exposure to more biodiverse ecosystems, reduces the likelihood of developing asthma and other allergies.

This is potentially because exposure to a diversity of organisms, with a lower proportion of human pathogens, has “trained” the immune system not to overreact to harmless proteins in pollen, peanuts and other allergy triggers.

How can we get more ‘good’ exposure?

We can try to expose children to environments more like the ones in which humans, and our immune systems, evolved.

Most obviously, children need to have exposure to green space. Playing outdoors, having a garden, or living near green space (especially near a diverse range of native flowering plants) is likely to expose them to more diverse microbes and provide greater protection from allergic diseases.

Infants who are breastfed tend to have more diverse gut microbiomes (a larger variety of bacteria, fungi and other microscopic organisms that live in the gut), which makes them less likely to develop allergic diseases in childhood.

Read more: Gut instinct: how the way you're born and fed affect your immune system

Having a varied diet that includes fresh and fermented foods can help cultivate a healthy gut microbiome and reduce allergic disease. As can using antibiotics only when necessary, as they kill off good bacteria as well as the bad.

So keep washing your hands, especially in cities and airports, but don’t be afraid of getting a little dirty in biodiverse environments.

Why should my child take swimming lessons?

And what do they need to know?

Devils could be saviours for threatened birds in Bass Strait

Patient input at the centre of modern health care

Research confirms benefits of reduced sedative use in aged-care