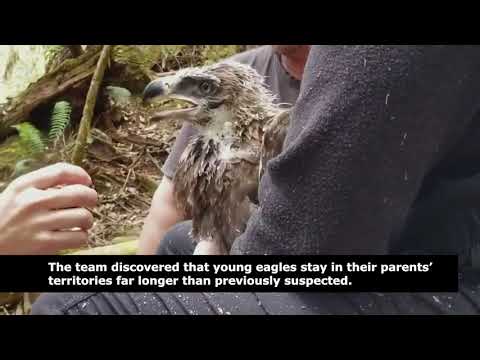 Dr James Pay finished his PhD last semester and will graduate in August. He is a postdoctoral researcher at the School of Natural Sciences. He tweets his fascinating findings and is also involved with the Bookend Trust’s public engagement work. This includes programs to improve the public understanding of the birds, and coordination of Where? Where? Wedgie!, a long-term citizen science effort to monitor the eagle population.

Hidden lenses in the Tasmanian wilderness are providing a rich source of information for our scientists.

Treatable fevers could be putting the heat on healthcare

New research project is investigating how fevers impact both families and the healthcare system.

Real-life learning in a great location

The Master of Marketing Management was the best choice for Rebecca Byfield to build on her skills.