A courier package arrives from King Island, Tasmania. In it is an entire forest raven, still frozen.

Most of us would wonder if it was Friday the 13th and discard the package and its contents immediately.

But not University of Tasmania PhD candidate Matthew Fielding, a conservation ecologist and self-proclaimed ‘bird nerd’ from Ulverstone.

After a call-out to the King Island community to send feathers, a whole forest raven was surprising to say the least – Matthew was overwhelmed with research possibilities.

“I can look at the stomach contents, measure the bird’s size and look at its body condition.”

“And I can analyse the make-up of the feathers to find out the bird’s diet, which is particularly helpful for my PhD research,” he said.

On King Island, the population of black currawongs has declined due to development. On the other hand, forest ravens are thriving because of their taste for roadkill.

Matthew is investigating the causes behind the vast increase in the raven population on King Island and the impact this is having on the now threatened black currawong subspecies.

“One of the causes of the changes in population is the difference in diet between the two species,” Matthew explains.

Matthew’s lab studies will help us understand the situation, and how it impacts on the ecosystem.

Matthew uses a scientific process called stable isotope analysis to find out the ratio of carbon (13C) and nitrogen (15N) in the feathers. He grinds them into a fine powder before using an Isotope Ratio Mass Spectrometer to measure the relative abundance of isotopes in the sample.

Individuals with more animal products, like roadkill, in their diet have a higher ratio of nitrogen to carbon than those that prefer plants.

Matthew has sound evidence that the forest ravens are dining on roadkill. But what are the currawongs eating?

Several black currawong pellets (aka bird vomit) were posted to Matt by a helpful King Island resident, and this may just help answer the question.

“The pellets consist of regurgitated seeds and bugs,” Matthew explains.

Matthew wants to compare the diets and lifestyles of forest ravens and black currawongs to the same species dwelling on Flinders Island.

“The situation on Flinders Island is really different to King Island,” he points out.

“The populations of both species seem stable because they are less disturbed by human activity – there is less development and half the number of humans on Flinders Island.”

Matthew’s next step is to set up camera traps on both King and Flinders Islands to find out how habitat type impacts on the birds’ resources. 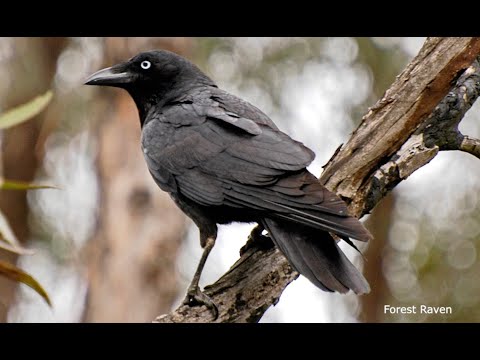 Matthew Fielding is a PhD candidate in the School of Natural Sciences. His project focuses on the extinct, threatened, and 'problem' birds of the Bass Strait region. By incorporating advanced modelling techniques with historical data and field-based research, he works to inform conservation decisions and mitigate extinction risks for insular avian fauna. A self-confessed 'bird nerd', you can usually find him in the Tasmanian wilderness behind a pair of binoculars. He is passionate about the conservation of bird species and is particularly interested in how humans impact bird communities. Photo credit: Patrick Gee

Poo is the prize for ecological researchers who scavenge seeds.