University of Tasmania researchers have developed and are trialing a completely new type of computer screening test using an individual’s hands, which aims to detect the earliest stages of Alzheimer’s dementia.

“This can happen some 20 years before the person becomes aware of any cognitive symptoms such as thinking and memory.”

Alzheimer dementia accounts for 70% of dementia cases and is usually diagnosed late in its disease course.

“Therefore, the odds are against drug trials and preventative strategies, so we need a screening test to identify preclinical Alzheimer disease risk early,” Dr Alty said.

“What we are wanting to do is develop a new computer screening test, TAS Test, to detect the silent stages of brain pathology before it is causing any obvious problems.” 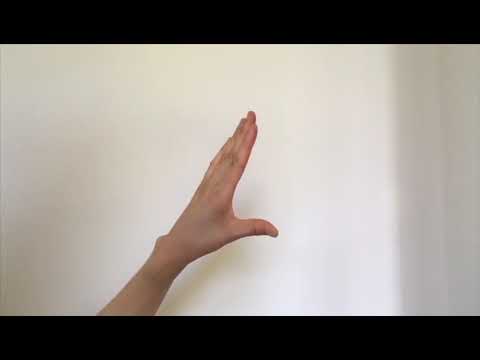 Dr Alty was awarded almost $900, 000 from the NHMRC for the five-year TAS Test project, and is joined by colleagues from the University of Tasmania’s Wicking Dementia Research and Education Centre, and Professor Sharon Naismith (Sydney) and Professor David Hogg (UK).

“Basically, many people lose their dexterity and cannot move their hands as fast as they used to as they get older, but people with the earliest stages of dementia pathology seem to move even slower than others,” Dr Alty said.

“These changes can be very subtle though and may not be detectable with the naked eye.”

Subtle changes to hand movement may indicate the earliest stages of dementia.

Dr Alty said until now it had not been possible to precisely measure hand movements on a large scale as people needed to wear movement sensors or be assessed in a research setting.

“We have developed a “computer vision method”, which is an advanced artificial intelligence method to measure hand movements in people’s own homes using a standard laptop/home computer,” she said.

As part of the project, the accuracy of the computer test will be assessed by comparing the results to new blood biomarker tests, undertaken by Professor Dr Anna King from the Wicking Dementia Research and Education Centre, along with clinical diagnoses and online standard memory tests.

Thousands of adults, aged over 50 from Tasmania and in particular the ISLAND project, are taking part in the research project.

“About 40% of all dementia could be prevented if risk factors such as smoking or physical inactivity are addressed, but currently there is no population screening tests to identify those most at-risk,” Dr Alty said.

“Imagine in the future being sent a computer link for your yearly pre-Alzheimer disease screening test, just as you currently receive a reminder for other health screens, such as those for diabetes and bowel cancer.

“If a high risk for pre-Alzheimer disease is identified, you, your GP and wider healthcare systems can work to proactively modify your risk factors years before dementia develops.”

Dr Alty is a medically qualified Neurology Consultant and early career researcher. Her inter-disciplinary research focuses on motor biomarkers and the development of computer-aided devices to improve the diagnostic accuracy of neurodegenerative disorders.

When it comes to dementia, it can be difficult to cut through the misleading information to get to the facts.

Expedition is a dream come true for alumnus

Hobart scientist Chloe Power won the opportunity to travel to the frozen continent as part of the Antarctic Cities Youth Expedition.