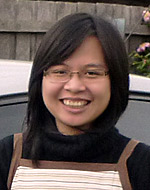 Coming from an Asian country - Vietnam where English is a foreign language, she chose this lingua franca as major for her Bachelor degree. The first success in her life was in 2005 when she was accepted by Ho Chi Minh Pedagogy University which has been among the most prestigious university in Vietnam. She earned invaluable academic experience during her four-year journey of studying in the English Department. After graduating in 2009, the wish of being involved in an English environment gave her a momentum to work hard for a financial and academic preparation for studying abroad; and Australia was her destination. In 2011, Thao started her Master degree in TESOL at the University of Tasmania and finished in the same year. During the time living in Australia, her inspiration for studying further degree was grown up gradually; thus, she decided to enrol in the course Master of Education with Honours as an important step to reach the entrance of PhD degree. As an overseas student, she has experienced different challenges caused by differences in cultural and educational background. This experience raised her interest in conducting research about international students. Recognising health literacy is an important issue that affects overseas students' lives; she developed this issue into her dissertation which then helped her to gain a satisfactory result for the course Master of Education with Honours in mid-2012.

Thao has been successful in winning an Elite Scholarship and will be focusing full time on her PhD study. The Elite Scholarship has given her a chance to continue exploring her interest in health literacy but in a different direction. The topic of Thao's PhD study will be about health literacy of older people in Tasmania. Australia has been known as a country that has an aging population due the decrease in fertility rates as well as the increased life expectancy. This aging population has placed considerable challenges to the authorities at various levels, especially in terms of health services. This study is expected to be a considerable contribution to the field of healthcare.