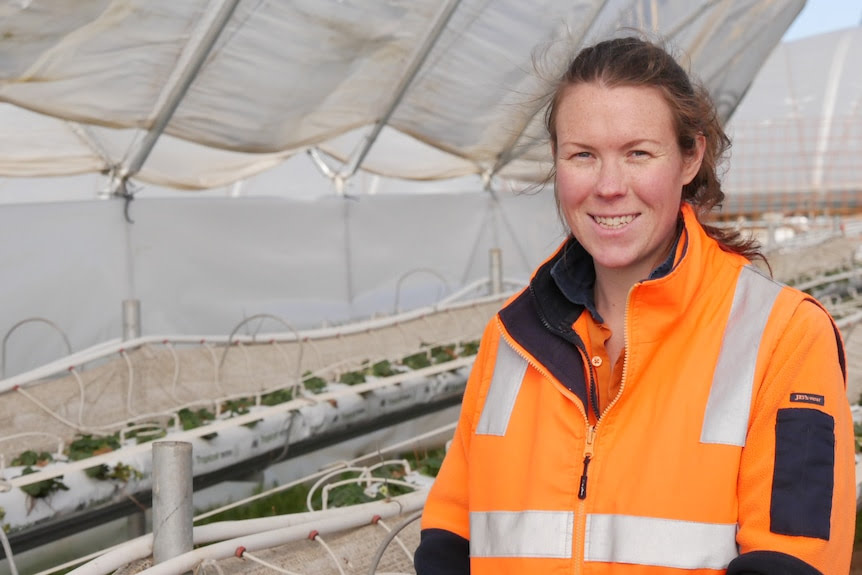 Lashing a four-wheel drive tractor to a semi-trailer, public speaking and even poaching an egg are just some of the things Andrea O'Halloran had to do to take out Rural Youth's Tasmanian Young Farmer of the Year Competition.

Ms O'Halloran claimed victory on her third attempt in the annual competition.

"The competition had two days of run-offs back in June, and the top 12 went into the final round over the weekend," she said.

Unlike some other farming competitions, which score entrants on their existing operations or work, this competition examined the essential skills in the toolkit of modern farmers.

"We had 12 different modules, including literacy and numeracy skills, first aid, farm safety, tractor operation and a host of other things," Ms O'Halloran said.

"It was such a strong field of competitors this year and I certainly didn't expect to win."

Competing on the side

When not competing, Ms O'Halloran spends her days roaming the ever-increasing rows of berries at one of Tasmania's largest farms, Hillwood Berries, in the Tamar Valley.

"So here I mainly look after [the] raspberries and blackberries. I do everything from planting, plant husbandry, nutrition and chemical application," she said.

"Basically, everything that contributes to getting ripe-good quality fruit on the plants."

Alongside her work as agronomist, Ms O'Halloran's life has long been rooted in other parts of the agricultural industry.

"I grew up on a mixed cropping and livestock property on the northwest coast and my husband and I have a small rural block in the Tamar Valley," she said.

"I studied an agricultural science degree and spent some years in Northern WA working as a jillaroo before coming back home."

While agriculture around Australia faces a complicated future, Ms O'Halloran is confident Tasmania is in a strong position.

"I think agriculture is going to remain to be a hugely strong part of what happens here in Tasmania, but I don't think there's anyway we can predict what it will look like," she said.

"Twenty years ago, we didn't predict having a berry industry like this, but here we are.

"Our traditional industries will still be around and will still be strong, but with our climate and the availability of water, I think we'll be surprised with what we'll end up doing in 20 years' time.

"I think with our top 12 competitors this year, we got people from all over the state, the industry is in safe hands."

But there are still plenty of challenges ahead.

"I wouldn't say no to [running my own operation], but I think watching property prices at the moment is quite scary, so I'll need to keep an eye on it." 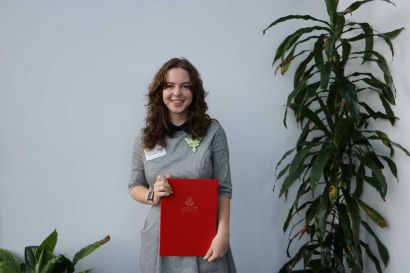