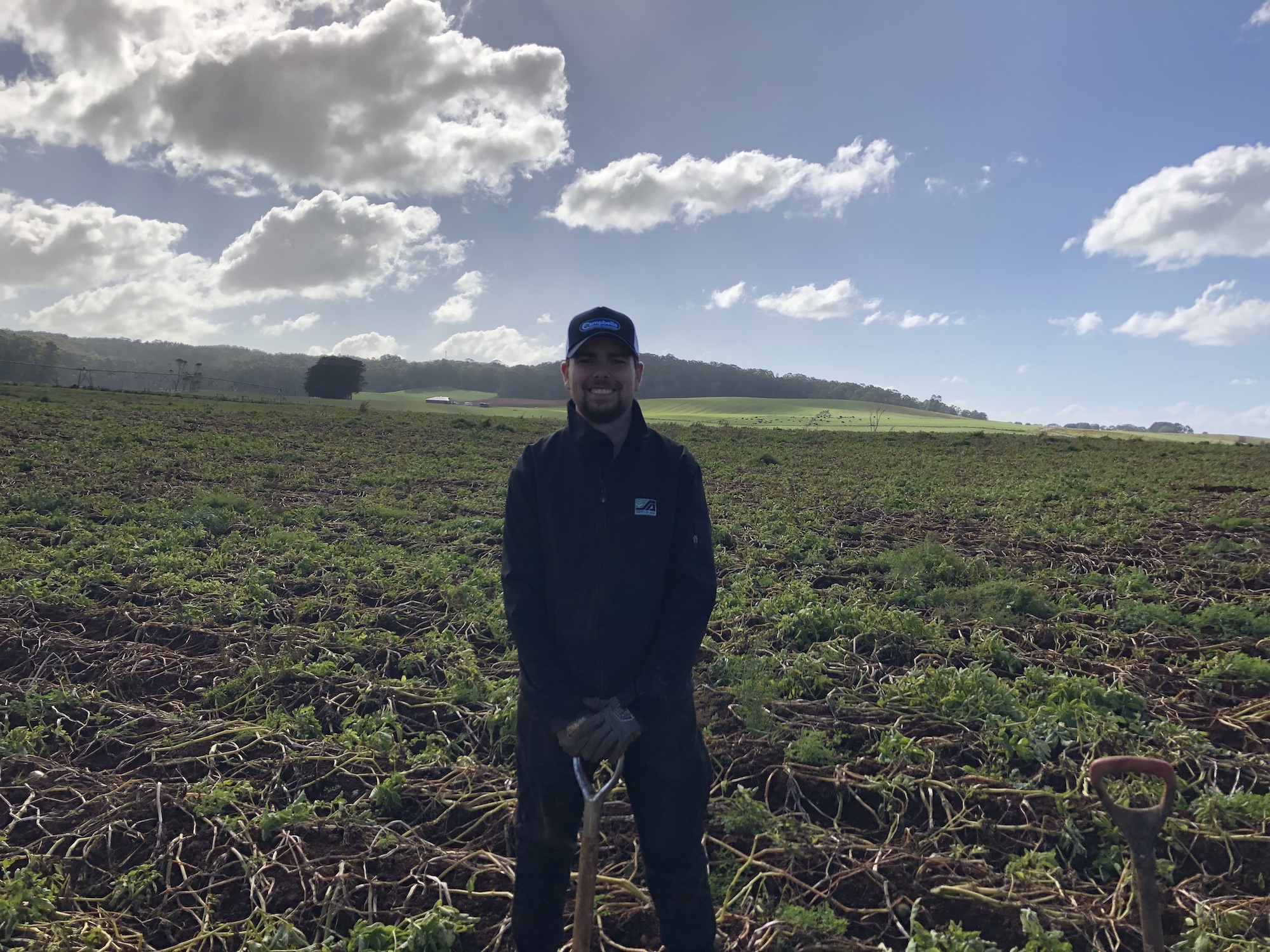 Competitive bowler, to greenkeeper to sales agronomist. Taelyn was encourage to take a leap into studying Agri Science and he is so happy he did.

Growing up in Northern Tasmania, Mr Male began bowling at a young age and has played competitively across Australia since.

While keeping up his bowls training, he started an apprenticeship as a greenkeeper. This gave him an introduction to the technical side of turf management and eventually sparked his interest in applied agricultural science.

“What really started to interest me was the chemistry of grass, but I knew that what I could learn was limited if I kept doing my apprenticeship,” Mr Male said.

“My boss recommended that I look into doing an agriscience degree, and so the following year I began studying the Bachelor of Agricultural Science at the Tasmanian Institute of Agriculture,

“Tasmania is a fantastic spot for studying agriculture, we have a lot of diversity in the agricultural industry here, and you can see all the different areas of agriculture in one temperate climate.”

Mr Male’s interests in the chemistry of agricultural science led him to complete an honours project on the use of anti-transpirants for mitigating the impacts of smoke exposure to wine grapes, giving him firsthand experience using agronomy techniques in the field.

“When I started the degree agricultural science, I had no idea of which direction I’d go. But as I progressed through the course, agronomy looked like the perfect way to start my career,” Mr Male said.

“Whether I stay in the field, or move on to another area of agriculture, I think having the grounding in agronomy is really important.”

Now recently graduated, Mr Male works as a Sales Agronomist at Serv-Ag, working with farmers across Tasmania to apply agricultural science methods to their farming processes.

He still manages to keep up bowling during his down time.

“I still play competitively, not as much as I was during university, as I’m busier with work, but I make time to go to a few events across Australia and Tassie,” he said.