Intrepid Tassie apple orchardists recently liberated some conspicuously soiled undies from their orchards.  You could say the undies were ‘very revealing!’

On the first day of spring undies were buried 5cm under the soil surface in various orchard locations, then eight weeks later all was revealed in the great undie unearthing.

TIA’s Tassie undie coordinator, Michele Buntain, says there were a few curious looks at the Future Orchards field day in September when the undies first made their appearance.

“I got the feeling growers were a little sceptical that it would take only 8 weeks for the undies to decompose, so I was quite relieved to see the very impressive results”, she said.

Tassie Spreyton orchardist Brett Squibb says he was totally gobsmacked when he unearthed his undies,  “When we dug them up, we just laughed,  we were so surprised by the result”, he said.

Well, the humble but sturdy white cotton Y-fronts are simply 100% cotton – apart from a handy stretchy waistband.  And cotton just happens to be made almost entirely of cellulose, a long chain of linked sugar or glucose units.  These are the building blocks of all plant cell walls arranged in fibres that make up the fabric of plants.  This makes cellulose the most abundant form of organic matter in nature.  Wherever you are, you’re sure to see it, every orchard is brimming with cellulose.

What’s cellulose got to do with soil health?

Microbes are the great cellulose decomposers.  It’s a favourite source of energy for microbes that feed on plant residues.  Measuring how fast cellulose, or in this case cotton undies, decompose is a good indicator of the amount of microbial activity in soil. And to match cellulose abundance, there can be billions of microbes in one teaspoon of soil.  Of the main microbial groups, fungi lead the way when it comes to cellulose decomposition, with bacteria and other microbes also playing a part.

Microbes, it’s a jungle down there.

Microorganisms are the carbon recycling superheros. They break down and incorporate organic matter from plant (and animal) residues helping to cycle carbon and other nutrients in the soil, smoothing out bumps in nutrient availability. By incorporating carbon into soil, they help produce humus, build soil structure, assist drainage, water infiltration and water storage and make nutrients and other important compounds available to plants.   Whilst this is a key and highly beneficial function of the soil microbial community, different microbes fill many other roles, not always good.    Pathogens are also soil microbes.  Just like in a healthy human gut, fostering a diverse microbial population is thought to have advantages in keeping disease suppressed.   An aim of the PIPS orchard soil health program is to find out how different orchard floor management strategies such as growing natives or diverse plant species affect soil microbial communities and ultimately apple tree productivity and fruit quality.  How rapidly the undies degrade gives an indication of how active some of the good microbes are functioning.

For many orchardists, undie unearthing exposed quite a few surprises and very little cotton.  With one pair of undies planted in the interrow and the other in the tree line, many growers expected undies from the lush interrow to be more degraded than the traditionally bare tree line.  In Tasmania, heavy October rainfall double the long-term average in many areas, meant the interrow became a compacted, anaerobic, and saturated laneway and microbial activity suffered.  The good news is the tree line undies, where most productive apple roots live, were highly degraded, indicating plenty of microbial activity.

Mattie Tack an organic orchardist from Geeveston in Tasmania found this was the case even for his well grassed tree line.

“I was really surprised to firstly find that our interrow undies were less degraded, but when I thought more about this, it was obvious that the interrow conditions were pretty poor for microbes, being almost submerged in water in some places.  The other surprise for me at the field day was that undies from a fumigated orchard were even more degraded than our organic undies,” he said.

“Fumigation doesn’t necessarily affect all microorganisms in the soil in the same way. Several studies have found that some microbes decrease in number or their activity, some increase, and others are unaffected. At any particular site the response depends on the microorganisms present in that soil, which in turn depends on the characteristics of the soil itself,” said Dr Powell. Along with a good kickstart from some chook manure and the soil microbes bounced back.

Some keen growers are going the next step and burying more undies on December 1st to see how microbes perform under summer conditions.  Dr Sally Bound from TIA will be conducting a series of controlled experiments on how orchard floor management influences both the soil microbiome and apple tree productivity and health.  The project links directly with another PIPS project investigating how different orchard floor management affects the biological communities of plants, pests, beneficials and diseases that live above the ground.

A big thank you to our participating growers and Future Orchards coordinator Sophie Folder in Tas.

The PIPS3 Program’s Improved Australian apple and pear orchards soil health and plant nutrition project (AP19006) project has been funded by Hort Innovation, using the apple and pear research and development levy, contributions from the Australian Government and co-investment from the Tasmanian Institute of Agriculture. Hort Innovation is the grower-owned, not-for-profit research and development corporation for Australian horticulture.

Creating a local solution to a global problem 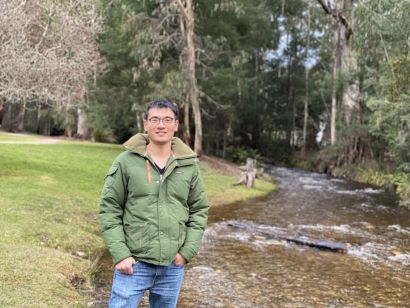 From new tech to old medicine, Forthside Field Day is ready for return 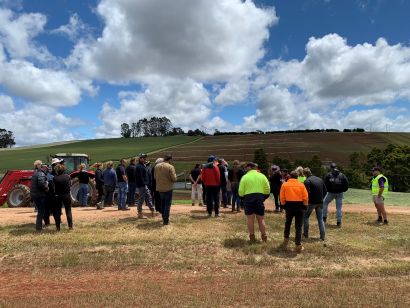