A Tasmanian Institute of Agriculture (TIA) research project has the potential to realise the dual benefit of reduced methane emissions from livestock and increased returns for farmers using seaweed native to Tasmanian waters.

The project ‘On-farm adoption of low emissions feed technologies for improved profitability of the Tasmanian livestock sector’ is part of a broader program that TIA is developing around building capacity for research into reducing livestock greenhouse (GHG) emissions and improving commercial outcomes for Tasmanian livestock producers. The project also aligns to a key TIA strategy: building resilience to climate change and limiting GHG emissions from agriculture and food production.

A key aspect of this will be building the capacity within TIA to measure livestock GHG emissions and conduct trials under commercial conditions and scale.

Dr Rawnsley, Academic Lead at TIA’s Livestock Production Centre, is the project’s principal investigator, and will lead a team that includes industry partners Fonterra and Sea Forest, a Triabunna-based business that is farming Asparagopsis at a commercial scale.

In this project, novel delivery mechanisms for feeding Asparagopsis including biochar (i.e., activated charcoal) will be assessed.

“In Tasmania, biochar may offer an efficient way to feed Asparagopsis to livestock, although it may also offer additional synergistic benefits that need to be investigated.

“Through multiple on-farm experiments, this project will assess emissions, profitability and practical issues associated with adoption of low-emission feed additives.”

Significant research has been undertaken exploring livestock feed additives (supplements) that can reduce enteric methane production in ruminants, and while some low emissions feed technologies are nearing commercialisation there is a need to evaluate their practical applications, including effective delivery mechanisms at commercial scale.

“This is particularly important for Tasmania’s livestock sector which is a pasture-based system in comparison to confinement and feedlots systems where much of the research has been undertaken at a reduced scale and over short-term feeding experiments,” Dr Rawnsley said.

One of the project partners, Fonterra, has been in this space since 2020, when the dairy processor began working with Sea Forest, which had recently established Asparagopsis growing ponds at Triabunna.

“Because Sea Forest is in Tassie, and Fonterra is the biggest milk collector in the state, we were of the view that the Tasmanian aquaculture industry was a natural advantage if you were interested in seaweed growing,” Jack Holden, Fonterra’s General Manager of Sustainability Asia Pacific said.

“We had seen the research from CSIRO about the effectiveness of this for reducing cow methane and we wanted to get closer to it.

“We are now into the fourth stage of those trials, and we are happy. There was always a chance we would find some red flags, but we keep progressing because we keep being happy with what we find. There is a lot more that we can learn with the help of R&D providers like TIA.”

Sea Forest provides the seaweed to Fonterra immersed in canola oil, which captures the active ingredients. The oil is mixed with the regular grain feeding that happens in the dairy at the time of milking.

“Fonterra has taken significant industry leadership in answering key questions related to the use of Asparagopsis,” Dr Rawnsley said.

“Mixing Asparagopsis with canola oil as a feed additive for commercial feed rations is proving a viable option in intensive feed systems such as dairy and feedlot cattle.”

“However, there is a paucity of knowledge on how to practically deliver this feed additive at commercial scale under extensive pasture-based systems, such as those in the Tasmanian red meat and wool sector and for growing and non-lactating dairy cows.

“We now have the opportunity to collaborate, to get more granular in answering some key science questions associated with feeding Asparagopsis and building capability and capacity in measuring methane.”

Along with TIA’s Dairy Research Facility at Elliott, three Tasmanian farms will be used as trial sites. Richard Gardner, Simon Foster, and Julian von Bibra separately own the properties, which will be accessed for their scale.

The consortium will enable commercial-scale robust feeding trials to assess effective adoption of the low-emission feed technology, alongside evaluation of the whole of system-level changes including profitability, social acceptability, and practical barriers to adoption.

Julian Von Bibra’s midlands property, Beaufront, runs beef cattle, prime lamb, and Merino sheep. The seventh-generation farmer is committed to conservation and is keen to take part in research that has the potential to positively impact the livestock industry’s impact on the climate.

“We all need to support any initiatives that look at ways of reducing carbon emissions, no matter the industry,” Julian von Bibra said.

“Here is a project where we could end up with better production outcomes as well as reducing emissions; what a great result if we get better efficiencies in producing our beef, wool, and lamb, at the same time have less impact on the climate.”

Also, part of the TIA research team is Brett de Hayr, who will lead the project alongside Dr Rawnsley.

“The methane story is one of the rare ones, where there is potential for a dual benefit: reduced methane emissions and better feed conversion efficiency,” Brett de Hayr said.

“What makes this potentially interesting from a farming perspective, is that yes, the research shows in controlled settings Asparagopsis could reduce methane emissions by up to 80 per cent in vitro.

“Approximately 10 per cent of the energy that livestock consume is lost to methane emissions.

“If methane production can be reduced and the energy associated with its production redirected to improved feed conversion efficiency, then that is potentially where significant gains may be from commercial farmers’ perspective.

“If they are not losing 10 per cent of energy to methane, which could translate to either producing more from the same feed or needing less feed to produce the same amount. So, better feed conversion efficiency. Understanding this issue is a critical aspect of the research.”

While Fonterra’s research has studied controlled feeding via a dairy parlour, this research project will focus on feeding grazing livestock in large numbers.

Key to that is having the equipment to measure methane in the field. The research team will use Green Feed Units - self-contained units that allow for methane measurements from livestock in the field.

With a potential dual benefit of positive environmental impact, and cost savings for farmers, the project will also engage and support the Tasmanian biochar industry sector, as well as Sea Forest and its efforts to create a new and sustainable industry based in the state.

“The project is unique in that it will not only develop ways to deliver GHG-reducing supplements at commercial scale, but also investigate whether combining additives like Asparagopsis and biochar will produce a synergistic or an antagonistic interaction on GHG emissions and livestock production,” Dr Rawnsley said.

“The focus of this work is to fast-track the adoption of low-emissions feed additives at the farm scale in Tasmania with significant national and international implications.”

This article was first published in the TFGA quarterly publication June 2022. 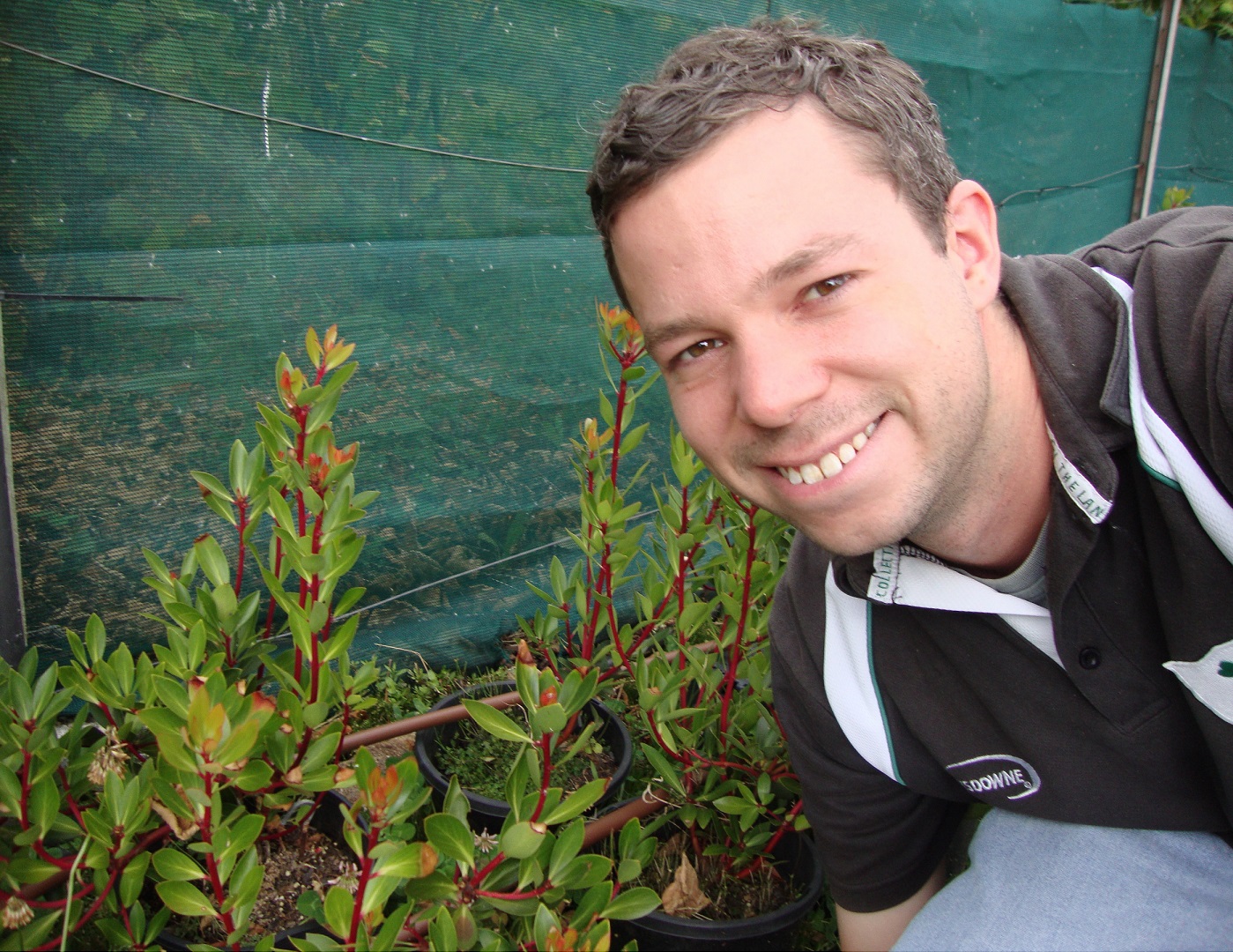 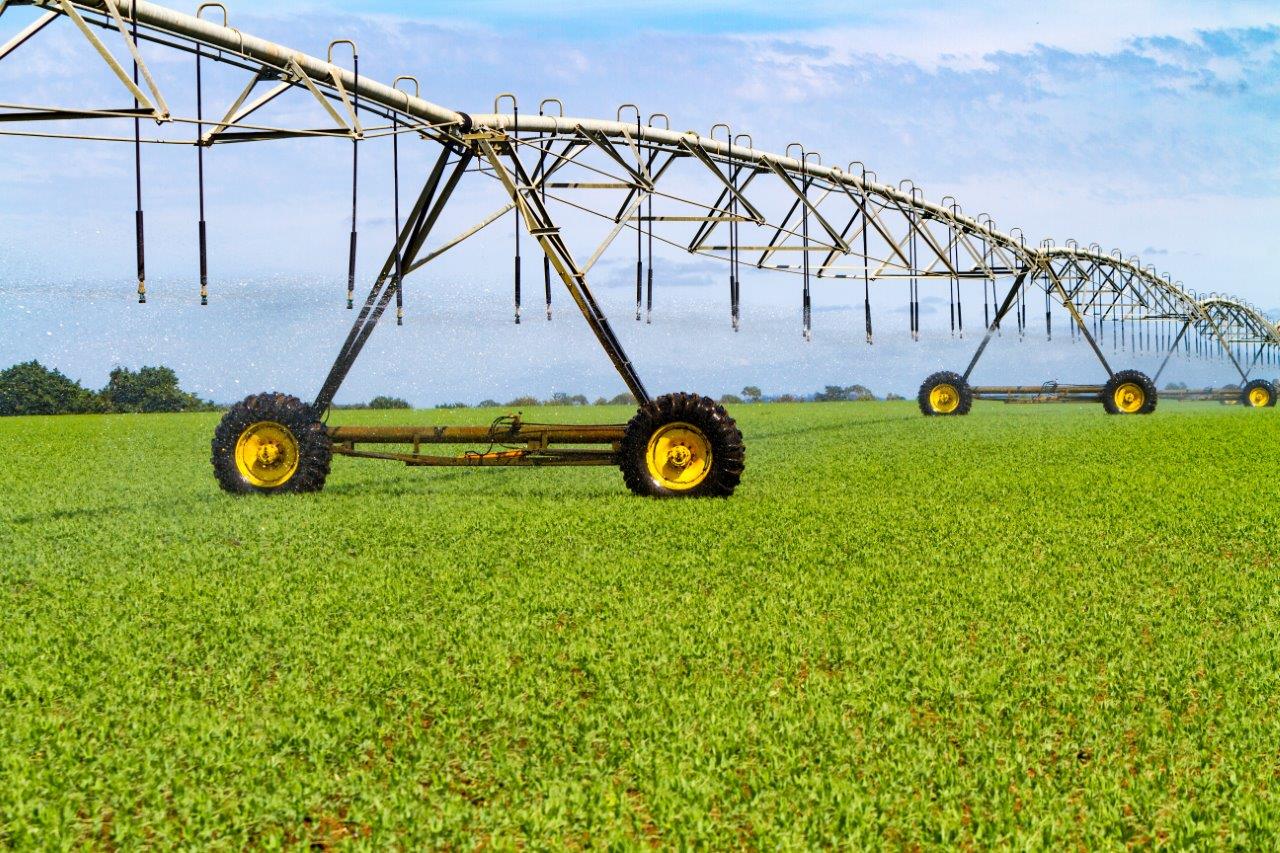