Sowing the seeds for a sustainable dairy industry Farmlets at TIA are not quite ready for dairy farm's grazing cattle, but when they are, the cows will be a key part of this project that will research farming with less synthetic fertilisers.

Seen from above, a 30-hectare section of the Tasmanian Institute of Agriculture’s Dairy Research Facility (TDRF) at Elliott is curiously divided into a grid of 32 small equally sized blocks.

At ground level, the blocks, marked out into 0.92-ha paddocks, could fit 20 average-sized Australian properties, and boast a green carpet of lush new growth.

Newly sown clover is beginning to appear, alongside plantain and ryegrass. Step over a fence line and the plantings become more diverse, with prairie grass, cocksfoot, tall fescue, and chicory in the mix.

The “farmlets” are not quite ready for the TDRF grazing cattle, but when they are, the cows will be a key part of this project that will research farming with less synthetic fertilisers.

“Evaluating the impacts of pasture type and synthetic nitrogen (N) fertilisation level on the productivity of irrigated temperate Australian grazing-based dairy farming systems” is his project, and it is a key collaborative partnership between TIA and Dairy Australia.

“We are in establishment phase. Establishing up the pastures that will form the basis for the whole farmlet experiment,” Adam said.

“In March-April 2022, we sowed in the different pasture species, and before that there was 18 months of pre-prep establishing all the soil conditions, so it was suitable for the species to flourish and be productive.”

There are four farmlets consisting of eight irrigated paddocks that will be evaluated over three grazing seasons. For statistical validity, each of the eight blocks across the site has the four different treatments.

The treatments for the trial were determined by a steering committee of industry professionals, and include:

Each farmlet will include a small herd of cows that are balanced for breed, parity, and live weight.

Researchers will examine the plant-animal-environment interactions between different pasture compositions and varying rates of synthetic nitrogen fertiliser use.

Previously it was a run-off block for young calves to be reared on. The soil was highly acidic, and the fertility was low.

“It took us 18 months of work to bring up the fertility level,” Adam said.

Soil samples were taken from each section of the grid and analysed for varying nutrients. The team then built variable rate maps for some of the key elements that needed to be added, such as phosphorous, potassium and lime to make the pasture more productive. The variable rate maps were imported into the spreader truck’s GPS and applied at the different rates each block required. 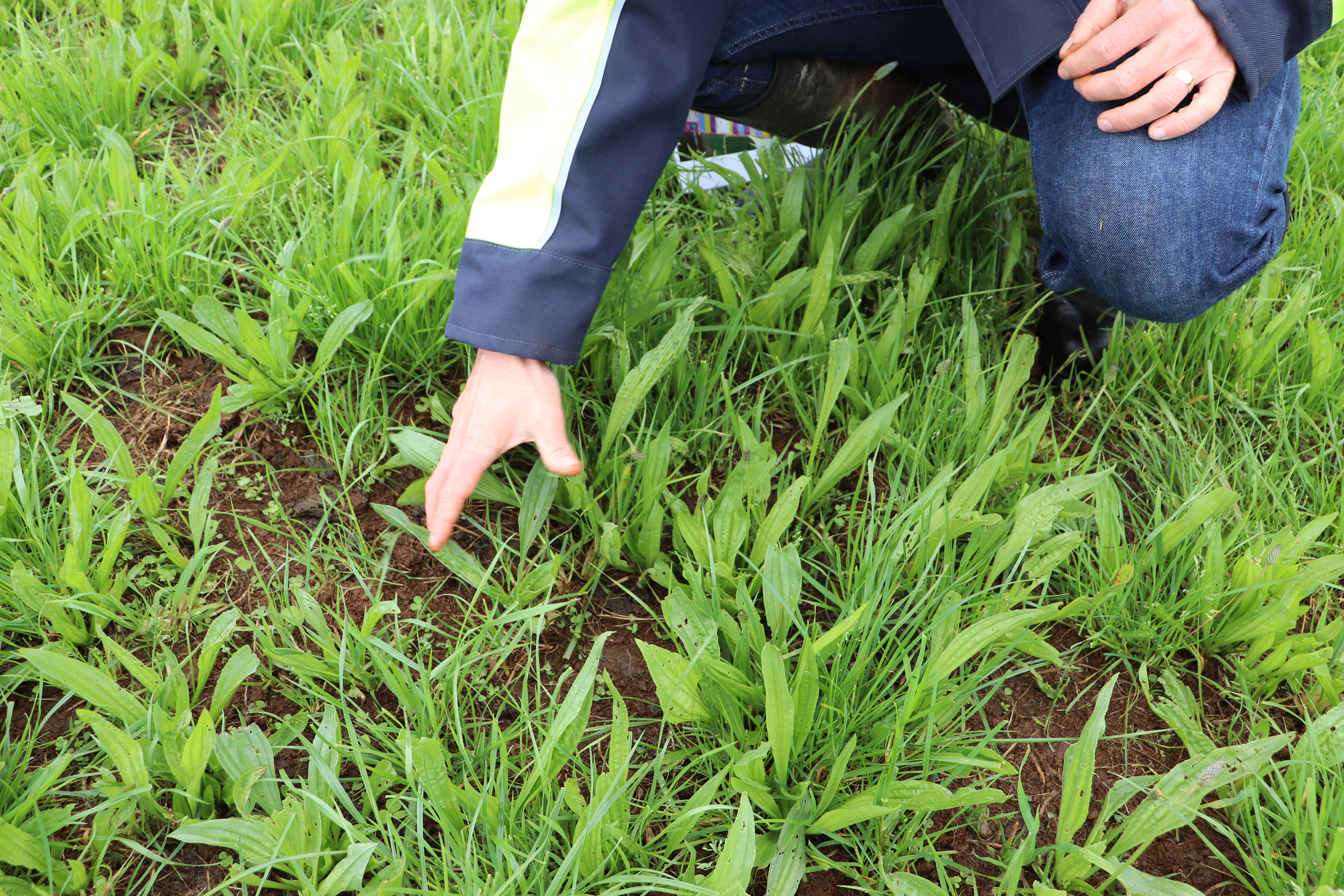 “The aim is for the 30-ha farmlet site to have the same baseline fertility, so you are not getting one area growing better than another for any reason other than the treatments,” Adam said.

“From a scientific point of view, you don’t want unexplained variation, so we are trying to bring up the fertility to a good level but also have it as even as you can across the whole site. So, when you change the different treatments that the farmlets will test they are the only things that are causing affects, not background fertility issues.”

After a long weed elimination regime, all the paddocks were then over-sown with clover: the star of the research.

During the clover establishment phase, cows will be returned to graze on each paddock on a 16-day rotation, compared to an average 24-day cycle.

“The reason we are doing that is to make sure the grass never gets up so high as to cover out the clover, which is sensitive to light loss,” Adam said.

“Clover can fix its own Nitrogen, but the addition of Nitrogen will advantage the grasses and their competitiveness, we are also increasing irrigation frequency over summer to keep the surface layer and the newly established but shallow clover root system moist.” 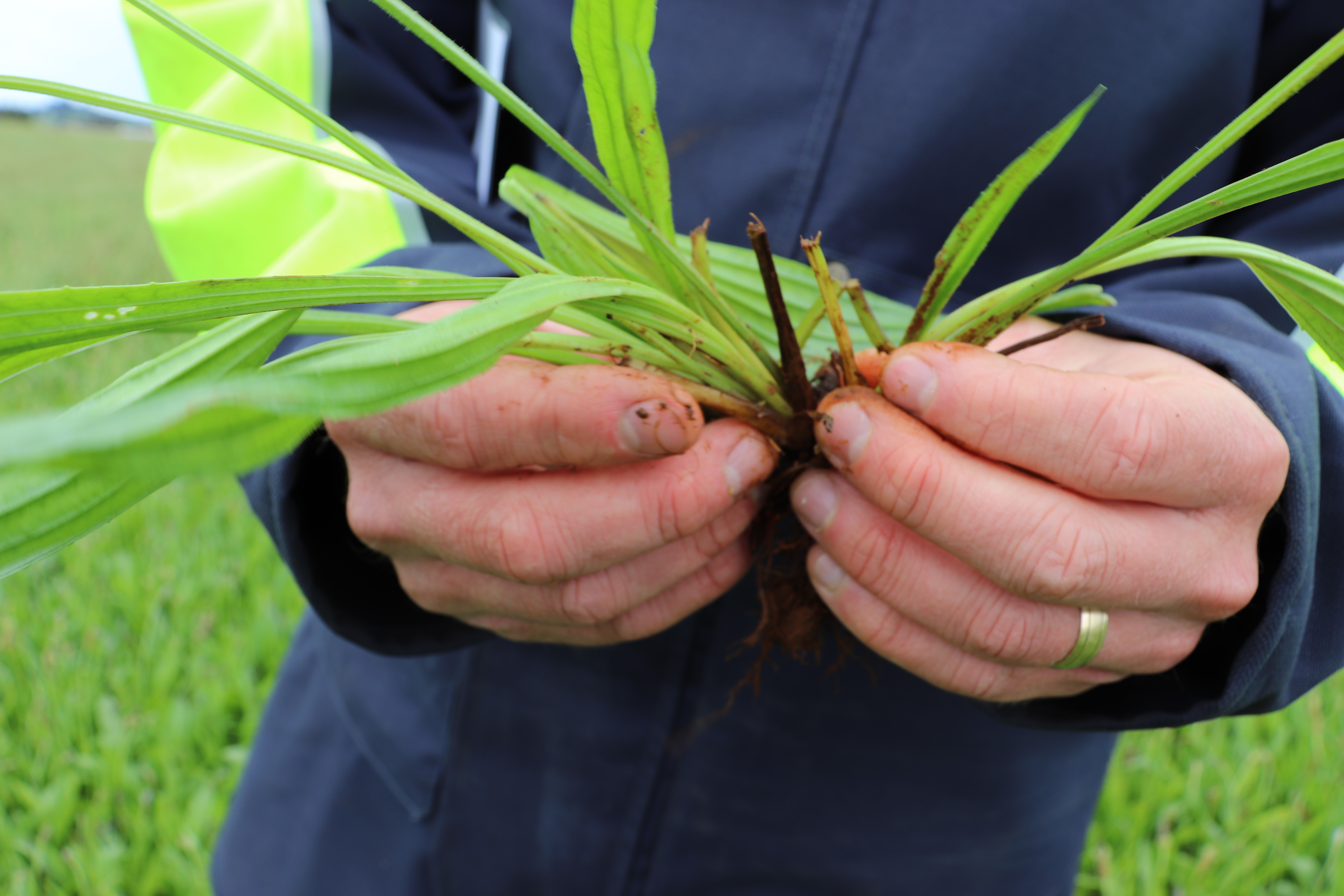 In February-March 2023 through to May when the cows are dried off, they will be introduced to the paddocks for a trial run. After that they will cycle through the farmlets over three lactations.

“At the moment we have one herd moving across grazing all the paddocks,” Adam said.

“When the farmlets start it will be four individual herds (between 24-29 cows), so there is a lot to learn about stock flow and management, setting out all the pasture breaks, monitoring the pasture, looking at how much it is growing, how much the cows have removed, what the composition is, then in the dairy we have all of our monitoring systems to look at milk solid production off the cows, all of those metrics can be assessed.

“We will still get some useful data from this period, but it is more about refining the system to make sure we are a well-oiled unit as a whole team to be able to make sure that when the cows calve down in August 2023 that we ready to run the farmlet as best as we can.”

The research is designed to continue to the end of 2025, with regular updates on findings shared through that period.

Upgrades at the TDRF – funded by the University of Tasmania, the Tasmanian Government and TIA have provided the opportunity to create the right conditions for the research project.

The farmlets are equipped with fixed sprinkler irrigation infrastructure along the fence lines to ensure that each paddock receives identical water input.

Along with a new 50-unit rotary milking parlour that has milk meters for every stall, walk over scales, a body condition scoring camera, and an individualised feeding system.

The recent introduction of regulations of Nitrogen use to Europe and New Zealand (with Australia expected to follow suit), along with industry concerns around high levels of synthetic Nitrogen use were the catalyst for the research.

The ultimate goal is to be ever enhancing the environmental sustainability of our industry.

“A lot of farms are using high rates of Nitrogen fertiliser and Dairy Australia has some concerns about that.”

Dairy Australia Managing Director, Dr David Nation, said the investment with TIA was an extension of a successful research partnership first commenced in 2012.

“The research is targeting significant sustainability gains in pasture production through efficient nitrogen fertiliser use and the reduction of a key input cost for dairy farms.  It will directly benefit farmers in temperate pasture based dairy regions across Australia.”

Farmlet 4, which minimises the use of synthetic Nitrogen completely, was born out of Dairy Australia’s desire for the research team to be ambitious.

“There is a lot of interest from their levy payers in regenerative agriculture,” Adam said.

“The key to regen ag is pasture diversity, we did that to replicate and kept them all perennial, because previous work we have done here has shown that perenniality is the key to productivity of dairy systems in Tasmania.

“Regen ag is growing in Australia; it would be good to quantify under scientific conditions what benefit it has,” Adam said.

Along with yield and production, the research will investigate profitability, so farmers can make an informed decision, along with the processability of the milk.

Researchers undertaking farmlet trials in Ireland have found that a multi-species pasture improves the processability for different cheeses.

“So, we are not just getting that environmental outcome from reducing Nitrogen, we can also improve the actual product for the consumer,” Adam said.

Nitrogen use has become a hot topic since the global constraints associated with the Covid-19 pandemic shutdowns that caused urea prices to “go through the roof”.

“Because of high fertiliser costs a lot of farmers want to find a way to farm with less Nitrogen,” Adam said.

By doing this research now farmers visiting the dairy will be able to learn from our mistakes and how we deal with the issues we come up with.

“So, if tomorrow regulations came into play, the urea price remains high, and farmers have to make decisions around cost cutting, rather than having to be reactive and cope with what happens when Nitrogen is reduced, they can take components of the research and put it on their own farm.”

Dairy Australia has deployed consultants across farms specialising in regen ag, they are informing some of the management on the Nitrogen use.

“With this new project, Dairy Australia’s partnership with TIA will continue delivering dairy research and extension services that will investigate and promote dairy farming practices that allow dairy farms and their communities to thrive in the current changing environment,” said Dairy Australia’s Technical Lead in Feedbase and Nutrition, Rodrigo Albornoz.

The Dairy Australia consultants will provide recommendations, while the project’s steering committee will make decisions about the regime’s implementation.

David has been in the business for 25 years and is advising on inputs, timing of seeding rates, sowing times and chemical and herbicide recommendations.

“This information is exceptionally important for the industry,” David said.

“Not only with the current input pricing for Nitrogen, but when you look at the environmental concerns that New Zealand agriculture is going through around Nitrogen application. That will flow on at some point into the Australian market.”

While New Zealand soils and environment is different to Australia, David said maintaining productivity and inputs without necessarily having to continue with high Nitrogen inputs is on the radar of many Tasmanian dairy farmers and businesses.

“If we are able to be a part of this information moving forward, being able to then deliver the results from the farmlet trials, it can only assist the Australian and importantly, the Tasmanian industry further.”

Source: This article was published in (Tas Country on December 2, 2023

What is an electronic tongue? 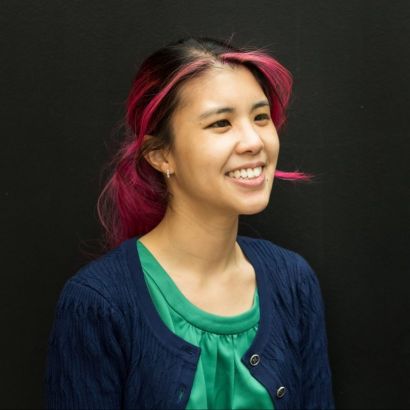 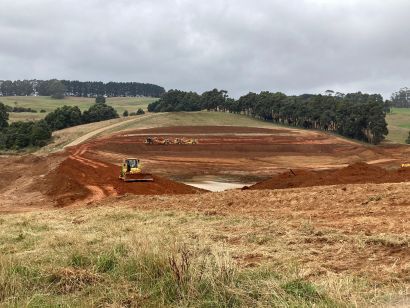 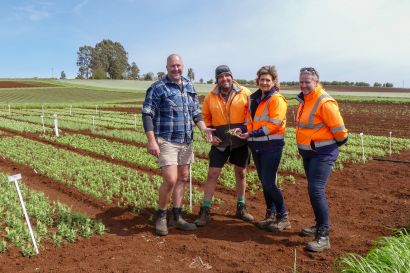