Blackberries back in black Blackberry season is in full swing and the fruit is looking a stunning shade of black thanks to some clever detective work by a TIA horticulture researcher.

Over the last three years, TIA PhD candidate Max Edgley has discovered why some blackberries undergo an economically-damaging colour change.

He has now found that reversion is also exacerbated by physical damage that can occur during harvest, packing, refrigeration and transport.

“Our research suggests that disruption to the cells that make up affected drupelets is the underlying cause for the colour change,” Mr Edgley said.

“This can happen from any sort of mechanical damage, including excessive handling during harvest, vibrational damage during transport, or rapid moisture loss from the fruit.”

To investigate the root cause of the colour change, Mr Edgley observed differences in cellular structure under high magnification with light and electron microscopy.

He also measured the temperatures of the berries in the orchard and compared fruit with and without reversion.

He found temperature is one key to preventing damage and reversion symptoms.

Mr Edgley said fruit skin temperatures above 23 °C during handling are associated with high rates of the disorder.

“Alternatively, if the fruit is chilled too quickly, this can cause rapid moisture loss and reversion.”

Reversion can affect up to half the crop, so if post-harvest conditions like temperature aren’t quite right, this can have a significant economic impact.

“We found that minimising handling during harvest and keeping fruit cooler at harvest time are simple techniques growers can use to reduce the incidence and severity of reversion,” Mr Edgley said.

Mr Edgely’s research is showing that reversion is a complex issue – it even relates to the plant variety.

“Many factors influence the fruit’s susceptibility to damage, including the cultivar the berries are grown on,” he said.

“The selection of new cultivars that are firmer and more resistant to moisture loss will typically perform better, which can be particularly important for growers in warm climates.

“We know that resistance to the disorder is genetically controlled and can be used as a selection criterion in a breeding program.”

Mr Edgely said despite discovering many factors that cause reversion, there is still more research to be done to help growers stop the colour change.

This article appeared in the Tasmanian Country on 22 March 2019. 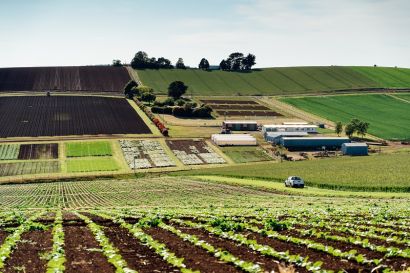 Taking technology to the farm 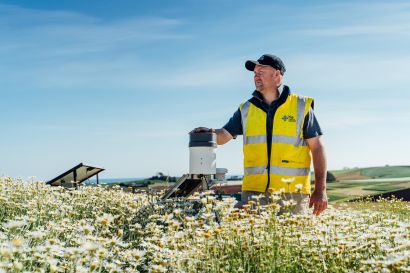