Boosting the Benefits of Barley 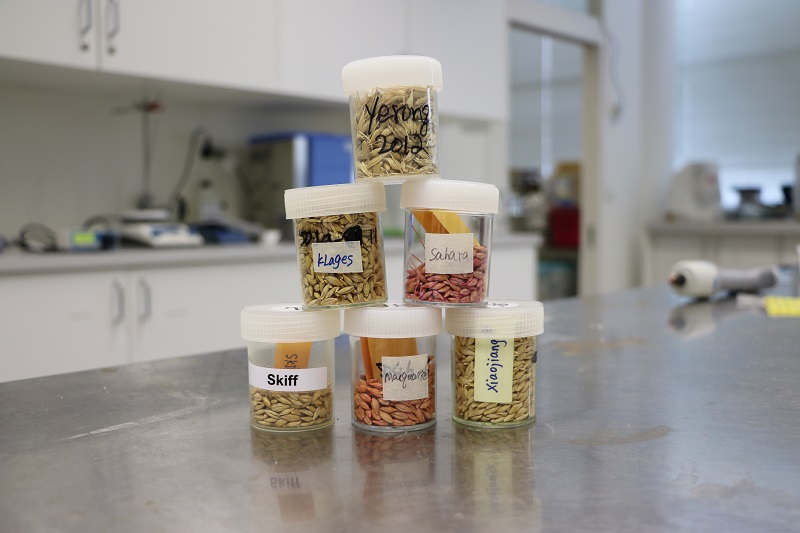 In 2018, the World Health Organisation reported that zinc deficiency resulted in more deaths worldwide than breast, stomach or liver cancer. TIA researchers think a solution may lie in a humble grain.

Zinc is a powerful micronutrient for human health, but humans aren’t consuming enough as part of their regular diets.

TIA PhD student Waleed Khan is looking at how we can increase our zinc intake through the consumption of barley.

Though cereals like wheat and rice dominate our plates and snacks, barley is still the fourth most produced cereal crop in the world.

Barley can be incorporated into everything from soups to muesli bars to sourdough bread, and improved varieties can be used to give us a zinc boost.

Mr Khan will analyse dozens of barley varieties to see which has the highest potential yield of zinc.

“If we can determine which barley varieties have the highest zinc concentration, we will be able to help industry choose varieties that could produce a more nutritious barley product,” Mr Khan said.

“Healthy levels of zinc are necessary for a strong immune system with many health benefits including improved eyesight, lower cholesterol, increased fertility, better digestive health and a decreased risk of age-related chronic disease.” 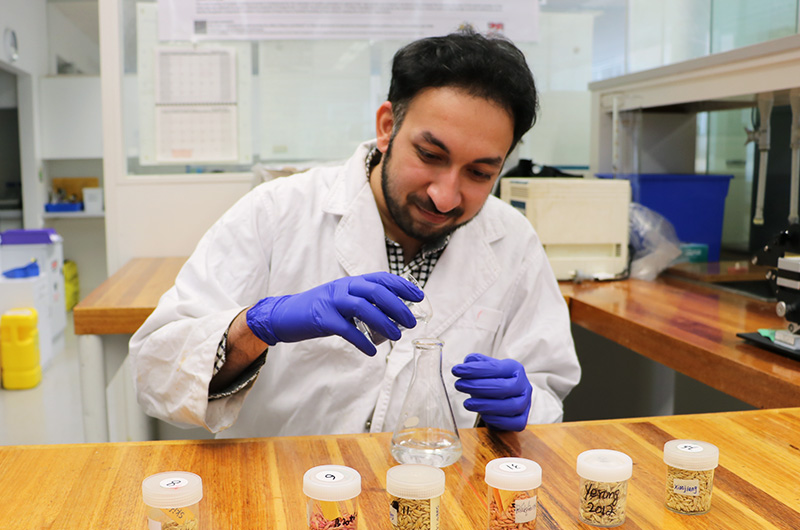 In addition to the health benefits for people, barley could provide a vital nutrient boost for livestock.

Along with zinc yield, Mr Khan will investigate which barley variety is better at moving zinc from the roots to the shoot and into the grain.

In Australia, most barley is grown as a dual-purpose crop with the shoots fed to livestock and grains malted for beer or wine.

“When grazing, sheep eat the young barley shoots. The shoots then regrow to produce the grain that can be harvested. So, having a dual-purpose crop makes more sense for farmers,” project supervisor Dr Beth Penrose said.

“If those shoots have more zinc in them, this could improve sheep health and reduce the need to supplement sheep with zinc.”

Barley is naturally a very hardy crop that thrives in many climates with a high tolerance to drought and salty soil, which are fast becoming major threats to modern agriculture.

Once researchers know which varieties are best equipped to generate zinc, Dr Penrose said it may even be possible to increase the yield of these varieties through cross breeding.

“If we are able to find varieties that have increased zinc concentrations and cross them with varieties that are tolerant of waterlogging, drought or salt, then we can breed a highly nutritious crop suitable for a changing climate,” Dr Penrose said.

Waleed Khan is currently in the first year of his PhD at TIA, which he hopes to complete mid-2022.

TIA is a joint venture between the University of Tasmania & the Tasmanian Government. 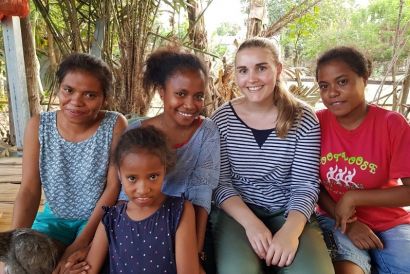 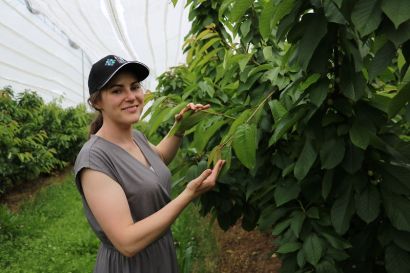