Critical clues about the cause of Resin Canal Discolouration (RCD) in Australian mangoes have been discovered in a collaborative research effort between Tasmania and the Northern Territory. 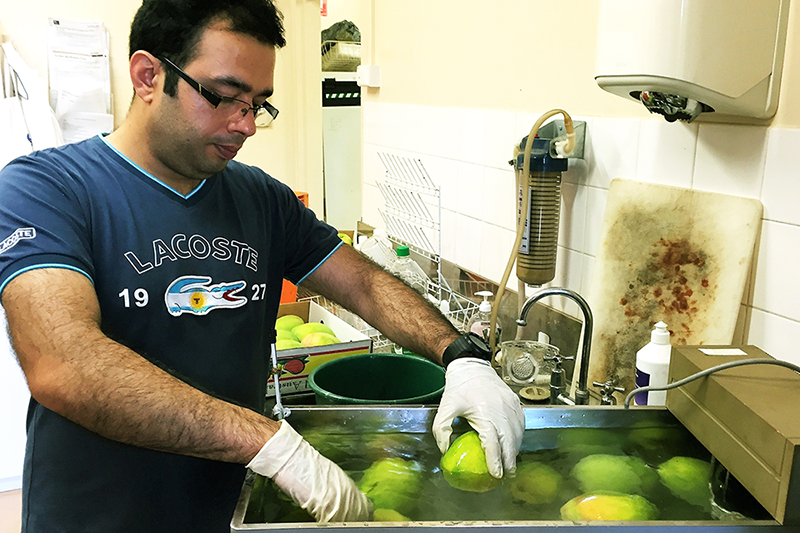 Umar Muhammad has been researching RCD in mangoes for his PhD with the ARC Training Centre for Innovative Horticultural Products, based at the Tasmanian Institute of Agriculture (TIA).

“The experiment – a first for mangoes in Australia – has solved a pressing problem for the mango industry,” said TIA’s Associate Professor Alistair Gracie, who has overseen Mr Muhammad’s project.

Northern Territory Research Leader Dr Cameron McConchie, of the Department of Primary Industry and Resources, said this discovery was the biggest local breakthrough in understanding the cause of RCD.

“We found RCD occurs post-harvest and that avoiding contamination is essential to prevent it.

“We did not understand the cause until after Mr Muhammad artificially induced the RCD bacteria into healthy mangoes,” Dr McConchie said.

The research team found that RCD can spread merely through contact with the intact skin of infected mangoes.

They also found that some mango cultivars are more susceptible to RCD than others.

“At this stage we can only say that Kensington Pride are susceptible, and it appears that symptoms are more severe in fruit from Darwin than further south,” Dr McConchie said.

“We know that some of the new mango varieties we’ve been developing are very resistant to RCD, even when the infection is injected directly into the fruit.” “That’s the benefit of our industry-focused research carried out at the ARC Training Centre for Innovative Horticultural Products,” he said.

Details about this research project and the Training Centre’s other projects were presented at a conference in March at the University of Tasmania. Watch the livestreamed conference presentations 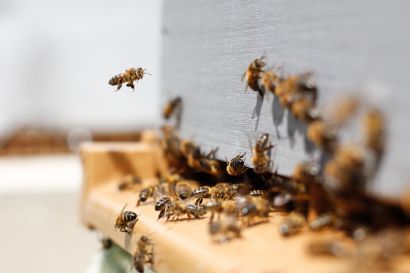