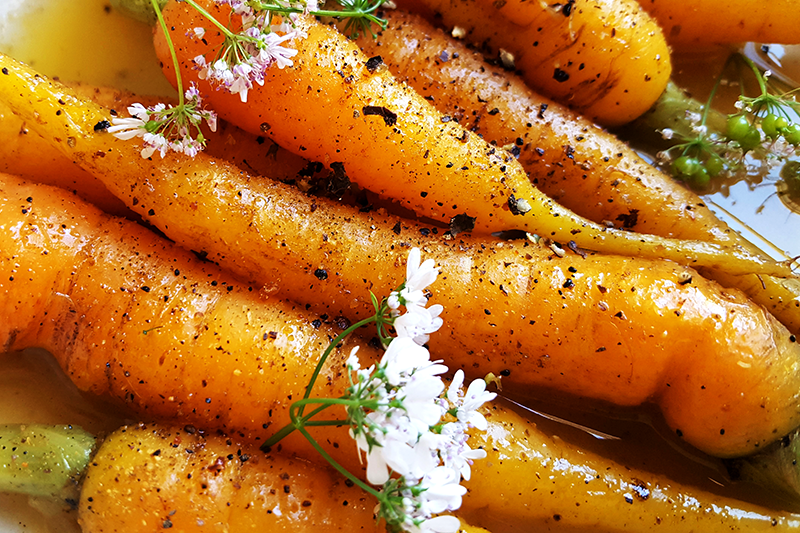 When it comes to Australia’s meat and two veg, carrots and potatoes remain incredibly popular options for our dinner plates.

No wonder, then, that researchers at TIA are helping determine how best to detect soil-borne pathogens that impact carrots and potatoes.

The South Australian Research and Development Institute (SARDI) is working with TIA to validate new DNA tests for cavity spot in carrots and pink rot in potatoes, which will be part of the PREDICTA® suite of tests offered to growers.

“Tasmania not only produces roughly a quarter of Australia’s potatoes and carrots, but our soils also contain variable levels of these pathogens that pose a threat to growers.” 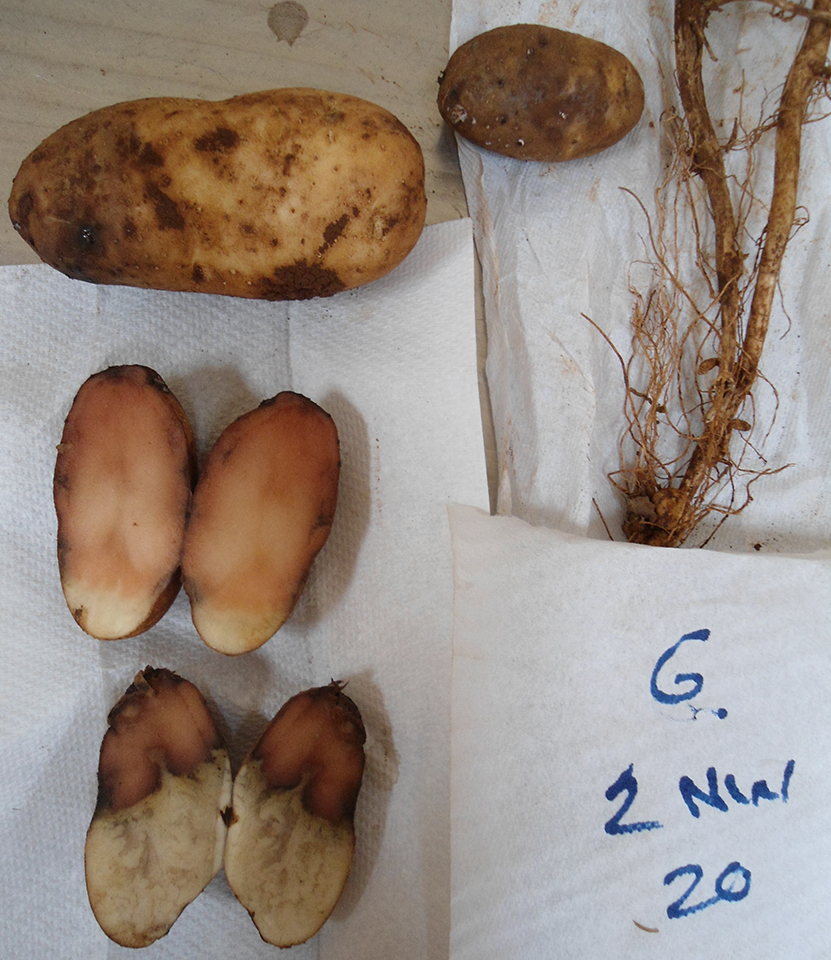 Two varieties of fungus, Pythium sulcatum and Pythium violae, are the predominant causes of cavity spot in carrots. A fungus-like microorganism known as an oomycete, Phytophthora erythroseptica, causes pink rot in potatoes.

Dr Tegg said that if the DNA tests are validated, they may help arm growers by allowing them to predict the likelihood of infections developing in their paddocks.

“It’s not uncommon to find pathogens like fungal spores at small concentrations in the soil, but when they hit a certain threshold, they increase the likelihood of disease.

“What we’re basically confirming is how much of a pathogen needs to be present to create an outbreak,” said Dr Tegg.

It’s not sufficient to just know how much pathogen DNA, like that found in fungal spores, is needed to flag a potential problem for growers. TIA’s research also seeks to uncover how many tests are necessary to give a paddock the all clear.

“If we can say ‘this is a dangerous level of spores’, we also need to know how many soil tests per hectare are necessary to be sure that level is accurate,” said Dr Tegg.

“It’s unlikely the pathogen is in every square metre of soil. Do growers need to test 5 or 25 soil samples per hectare? How many tests do they need to be relatively certain of the soil’s status? That’s what we hope to find out.”

Outbreaks of disease like pink rot or cavity spot can have devastating impacts on growers, causing their crop to be discarded, downgraded or preventing storage. Early testing could reveal potentially dangerous concentrations of disease-causing pathogens prior to planting, giving growers notice to treat their soil or seed, change varieties or even crops.

Successful tests could result in significant savings for carrot and potato farmers not just in Tasmania, but nationally and abroad, said SARDI Research Scientist Michael Rettke.

“Carrots and potatoes are two of the highest value vegetable crops in Australia—and among the most valuable in the world.

“We need to preserve growers’ capacity to generate income, whether they’re producing tonnes of fresh carrots each year or generating a bit of additional revenue from seed potatoes.”

The field tests are being conducted at multiple commercial farms state-wide and at TIA’s Forthside Vegetable Research Facility in the state’s northwest. Researchers expect to finalise the tests by June of this year.

SARDI is a division of Primary Industries and Regions SA.

This article appeared in the Tasmanian Country newspaper on 11 January 2019. 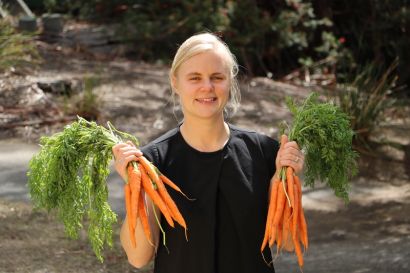 No Such Thing as a “Typical Day” in the Office