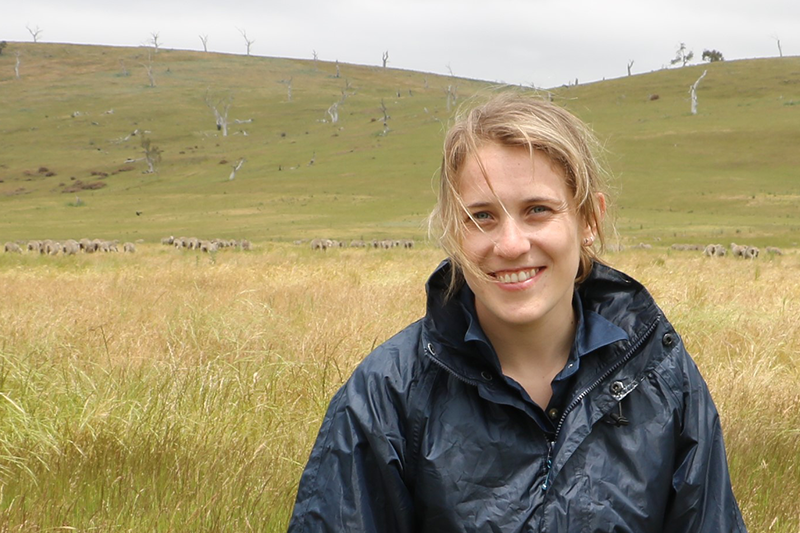 The research trial is taking place at Stockman Stud in the Southern Midlands, the region where Ms Rowlands grew up.

“Through my research I hope to find out the most productive pathway for castrated Merino male lambs – known as wethers,” Ms Rowlands said.

“Farmers want to know if wethers produce better meat or wool, and what they should be fed. I’m testing this out through two different pasture diets.

“With funding from the scholarship, my research will be especially rigorous. For example, I’m able to get the fleece samples professionally tested,” she said.

“Through the project, Lauren will develop her knowledge of wool production and solve a major question for local farmers,” Mr Sommerville said.

“The scholarship recognises Lauren’s keenness to contribute to the wool industry and her ag science know-how. She shows huge potential for a successful career in agriculture.”

She was also awarded for the best overall results at third year level in the Bachelor of Agricultural Science at TIA.

At just 21, Ms Rowlands is already working part-time in a field related to her studies.

“During my degree, I really enjoyed doing work experience in biosecurity with the Tasmanian Government and I’ve since landed a casual job as a biosecurity inspector,” Ms Rowlands said.

“Winning the National Merino Challenge 2018 influenced my decision to do an Honours project in wool research,” she said.

“The previous summer I had a completely different agricultural experience doing a practical internship on grapevine research with TIA.”

“All this experience helps you nut out which direction you want to go in.

“My advice to students is to jump onto work experience and put yourself out there.” Students learn about the diversity of agricultural careers 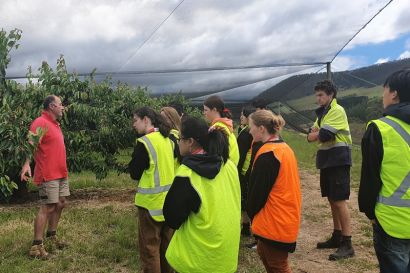