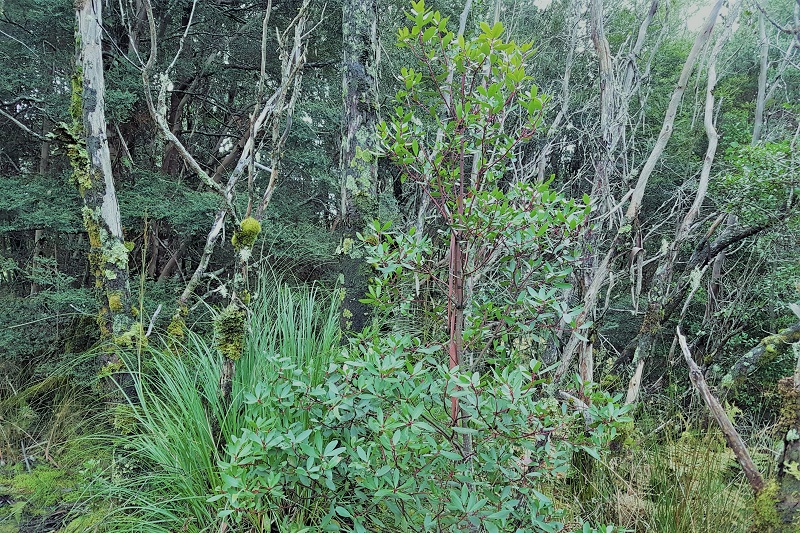 In this project the team will seek to characterise genetic variation of native pepper (Tasmannia lanceolata) to withstand two key stressors; dieback and drought.

Native pepper is naturally distributed throughout parts of south eastern Australia, including all of Tasmania. It is a “keystone” understory species that is pivotal to vegetation structure in many plant communities. The species is also remarkable for its ability to transgress geographic dryland barriers, despite a primitive vascular system, which suggests plasticity in drought tolerance.

Native pepper is an important species as it was used by indigenous people for food and medicine, and in recent decades it has been harvested from native stands to develop a boutique industry for pepper and medicinal extractives. Several small operators have begun to establish plantations, as harvesting from native stands may impact the species and do not provide reliable supply every year.

Studies have demonstrated that many cultivars are highly susceptible to Phytophthora cinnamomi, the cause of dieback and rapid plant death. This introduced soil pathogen is widely spread throughout much of Australia and presents a threat to many native species, as emphasised in the national threat abatement plan.

In this project the team will seek to characterise genetic variation for superior resistance to Phytophthora cinnamomi and drought, using novel screening methods. In doing so, they will characterise genotypes from native plant communities in areas of Tasmania and Victoria to determine the genetic or spatial variation in these traits.

This project will have several outcomes, including for cultivation to support a burgeoning boutique market, to inform future conservation planning of the species, and to understand more about genetic diversity in this model species.