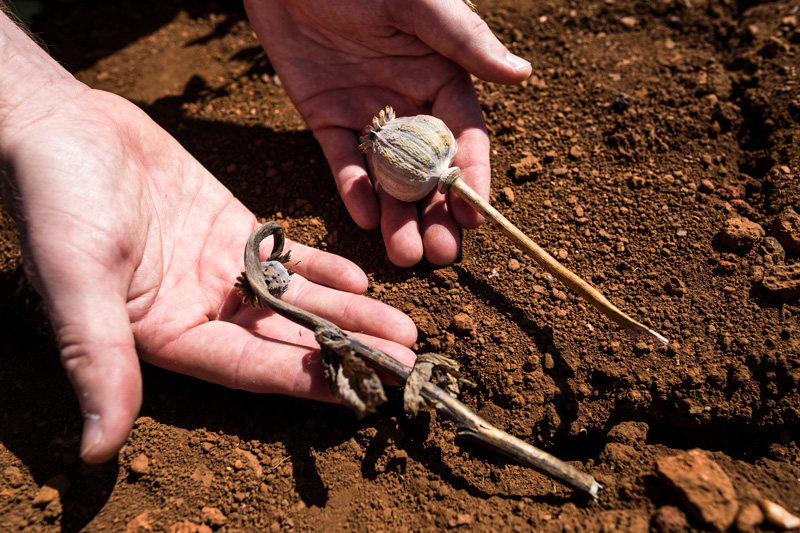 Systemic downy mildew is a new disease threatening the viability of the Australian poppy industry and has shaken grower confidence since its discovery in Tasmania in 2014.

This project, led by Dr Jason Scott, will result in development of a disease risk index tool to educate growers and guide disease management strategies

The research aims to identify the critical inoculum sources and their relative importance, and assess the interaction with agronomic site factors in epidemics.  It will also develop a greater understand the systemic progression in planta, an area poorly understood in all downy mildew pathosystems.

Effective management of this disease is essential to ensure the long-term viability of this industry.

What is systemic downy mildew?

Systemic downy mildew is a disease of opium poppy that affects all part of the plant. It is caused by the fungus Peronospora somniferi.

This current project follows-on from a $320,000 rapid response research project that was initiated in 2014, jointly funded by the Tasmanian Government, all three Tasmanian poppy processing companies, and Poppy Growers Tasmania.

Within three months of being called on to help investigate the cause of the mystery fungal disease and to stop its spread, TIA's plant pathologist assigned to the case Dr Jason Scott confirmed infected poppy seeds are a major cause of disease outbreaks.