Since its establishment, the Peter Underwood Centre has been fortunate to have an Advisory Committee, led by the Governor of Tasmania. In 2021 we farewelled former Governor of Tasmania the Honourable Professor Kate Warner AM, who was a generous supporter and advocate of the Centre for its first seven years, and welcomed Tasmania’s 29th Governor, Her Excellency the Honourable Barbara Baker AC.

Mrs Frances Underwood is Patron of the Centre.

Her Excellency retired as a judge of the Federal Circuit Court of Australia on 31 January 2021.

A graduate of the University of Tasmania, Her Excellency worked as a legal practitioner for more than 23 years, ultimately specialising in family law and relationship matters, before becoming the first Tasmanian woman to be appointed as a Federal Magistrate in 2008.  Prior to her appointment as Governor, she practised as a barrister at Burbury Chambers.

On 14 June 2021 Her Excellency was appointed a Companion of the Order of Australia (AC) for her eminent service to the people of Tasmania through leading contributions to the law, to the judiciary and to the administration of justice - particularly in the area of family law - to professional legal organisations, and as a mentor and role model for young women. Mrs Frances Underwood is Patron of the Peter Underwood Centre for Educational Attainment.

A dedicated and accomplished educator in her own right, Mrs Underwood has worked over many years to champion the cause of learning over the life-course.

She was central to the community work undertaken at Government House in support of a range of measures and activities to advance and enable educational attainment throughout the State.

As Patron of the Underwood Centre and a member of its Advisory Committee, Mrs Underwood continues to serve this community by means of her advocacy and counsel to the Centre Director and staff. Tim Bullard graduated from the University of Tasmanian in 1994 with an Arts/Law (Hons) degree. He has worked as a lawyer and policy analyst both here and overseas.

Tim's current role is as Secretary of the Tasmanian Government Department of Education.

For many years Tim has been closely involved in education policy, developing the Tasmanian Child and Family Centres, and leading the Tasmanian team negotiating Better Schools (Gonski) funding. 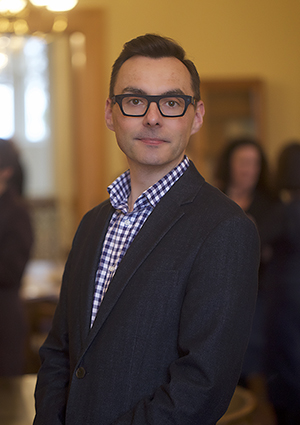 Kathy Cameron is an educator with 35 years of experience as a teacher, Senior Secondary Principal and Curriculum developer. This work has been primarily in regional and rural Tasmania, which is among Australia's regions of most entrenched economic and educational disadvantage. Kathy's knowledge and experience from working with a network of education, business and civic leaders has a proven record of making a difference in the lives of students and raising community aspirations. Employment opportunities of the future require a highly educated and skilled workforce. Ensuring all young people, regardless of their circumstances, can remain in education and reach their full potential is possible with a whole of community approach. Kwong Lee Dow's career has been largely in the University of Melbourne, as Professor of Education and Dean for twenty years, then Deputy Vice-Chancellor and, before formal retirement in 2005, as Vice-Chancellor.

More recently Professor Dow has joined the Council of the University of Tasmania, and as much of his work in education related to students in the later years of secondary education and their subsequent transition to further education beyond school, he is keen to participate in the activities of the Underwood Centre through membership of the Advisory Committee.

A moment in time has arisen due to strong commitment from the Tasmanian government and from the University that gives a real chance now, with considerable effort required, to bring about long-term change. It is an effort worth sustained commitment, for if achieved, it will have substantial ongoing benefits for the entire state. I am pleased to be a part of the effort and the commitment. 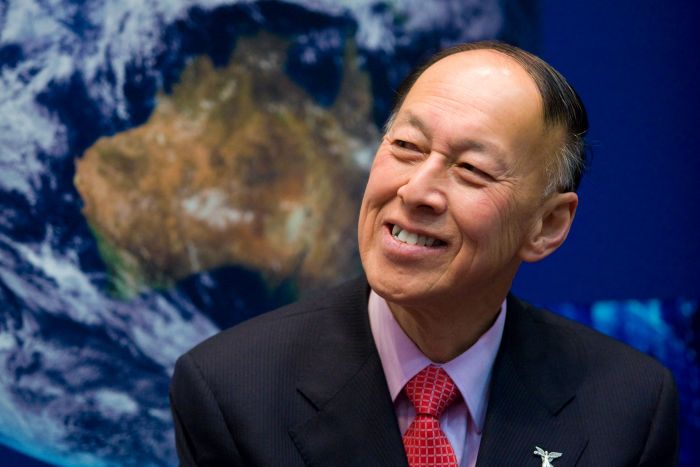 Jenny Gale is Secretary of the Department of Premier and Cabinet.

She previously held the position of Secretary of the Department of Education following a 37-year career in education. She started her career teaching mathematics at Queechy High School and worked across primary, secondary and senior secondary schools as a teacher and principal for 22 years, before being promoted to the position of Director, Office for Educational Review in 2000.

Since then worked in a number of senior leadership roles across the Department supporting schools, developing and implementing school improvement frameworks; leading the development of the Tasmanian Curriculum, including assessment standards and reporting; and on behalf of the Tasmanian Government negotiating national education policy and strategy.

Jenny was Acting Secretary of the Education Department between 2010 and 2011, and served as the Deputy Premier's Chief of Staff. She holds a Bachelor of Education with a Major in Mathematics. Professor Jane Long was appointed Provost of the University of Tasmania in 2018. Professor Long has a wealth of senior executive and management experience, depth of sectoral knowledge, and an impressive resume as a working academic and researcher.  Her disciplinary background is in modern British history and gender studies. In any given week, Adam might be helping young entrepreneurs to kick-start their companies, stimulating small businesses to challenge the status quo, challenging communities to understand their potential, or teaching hundreds of students (at a time) to embrace innovation to solve the problems of the future.

Focused on empowering the community to create change, Adam established illuminate in 2010 and partners with many organisations to inspire young people to embrace their creativity, identify business solutions to simple problems and recalibrate their approaches to learning. His passion for this area is why he is involved in the Peter Underwood Centre: every young person should be given the best opportunity to succeed, regardless of their background, location or any other factor. 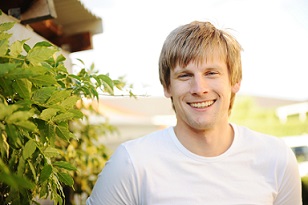 Jocelyn Nettlefold is the Tasmanian ABC Local Manager, deeply involved in audience and community engagement. She is an award-winning journalist and editorial leader with more than 25 years national and international experience. Joce has also led strategic HR for a international telecommunications company and served on several not-for-profit boards. Joce holds a Bachelor of Arts, Graduate Certificate in Business (Creative Industries) and is a PhD candidate at the University of Tasmania. Professor Marnie Hughes-Warrington was appointed as the Deputy Vice-Chancellor (Academic) at ANU in November 2011. Professor Hughes-Warrington trained in the fields of history, philosophy and education at the University of Tasmania and at Oxford and worked at the University of Washington, Seattle, and at Macquarie University and Monash. A passionate teacher of history, she has worked to expand the range of topics and forms of expression and assessment that students encounter in secondary and tertiary studies. The students' experiences, in turn, have inspired her research and publications on the nature of history, world history and historical films, and her work in university leadership.

Dr Patsy Cameron is an Aboriginal elder who has spent more than 40 years working to improve access to education for Aboriginal and Torres Strait Islander students. Dr Cameron has a Bachelor of Arts degree majoring in Archaeology and Geography, and a Master of Art in Tasmanian Aboriginal History. She was the first Tasmanian to be appointed to the landmark National Aboriginal Education Committee, helped establish the Aboriginal Studies course at the University of Tasmania, and worked at Riawunna Centre for Aboriginal Education at the Newnham campus of the University of Tasmania from 1991 to 2001. Her passions include promoting and preserving Aboriginal heritage through her work with the community and museums.

In 2017 Dr Cameron was recognised for her decades of community service by being named an officer of the Order of Australia.