Life-changing study: How MOOC and BDC study led to a career change for Margaret

I first came across the courses offered by the Wicking Centre at UTAS in 2013, when my mother had been newly diagnosed with Alzheimer’s disease, and I was searching for information on the UK Alzheimer’s Society Talking Point forum. One of the forum members had put up a thread stating that she had just signed up for the Understanding Dementia MOOC at UTAS, and I immediately registered too: I hoped that the course would enable me to understand more about dementia, about which I knew virtually nothing at the time, and also to become a more effective caregiver.

The MOOC was so useful to me on a practical level, in addition to being intellectually stimulating, that I decided to sign up to study part-time for the Bachelor of Dementia Care (BDC) alongside my full-time job as an academic linguist in a UK university.  My plans to start my BDC study were unfortunately interrupted when my mother experienced a series of acute infections, which ultimately led to her death in 2014.  Although I was no longer a caregiver, I felt that I had started on a journey of learning about dementia which could not be stopped; in some ways, my mother’s death motivated me even more to continue my studies, because I wanted to become qualified to make a real difference to people living with dementia, and to improve the support available in the UK for family caregivers like myself.  I therefore started my BDC degree in February 2015, studying four units alongside my full-time job for the first two semesters.  As I wanted to complete the BDC degree and make a career change as quickly as possible, I then gave up my university job to study full-time, while also gaining practical experience in dementia day care and in an NHS specialist acute care dementia ward. 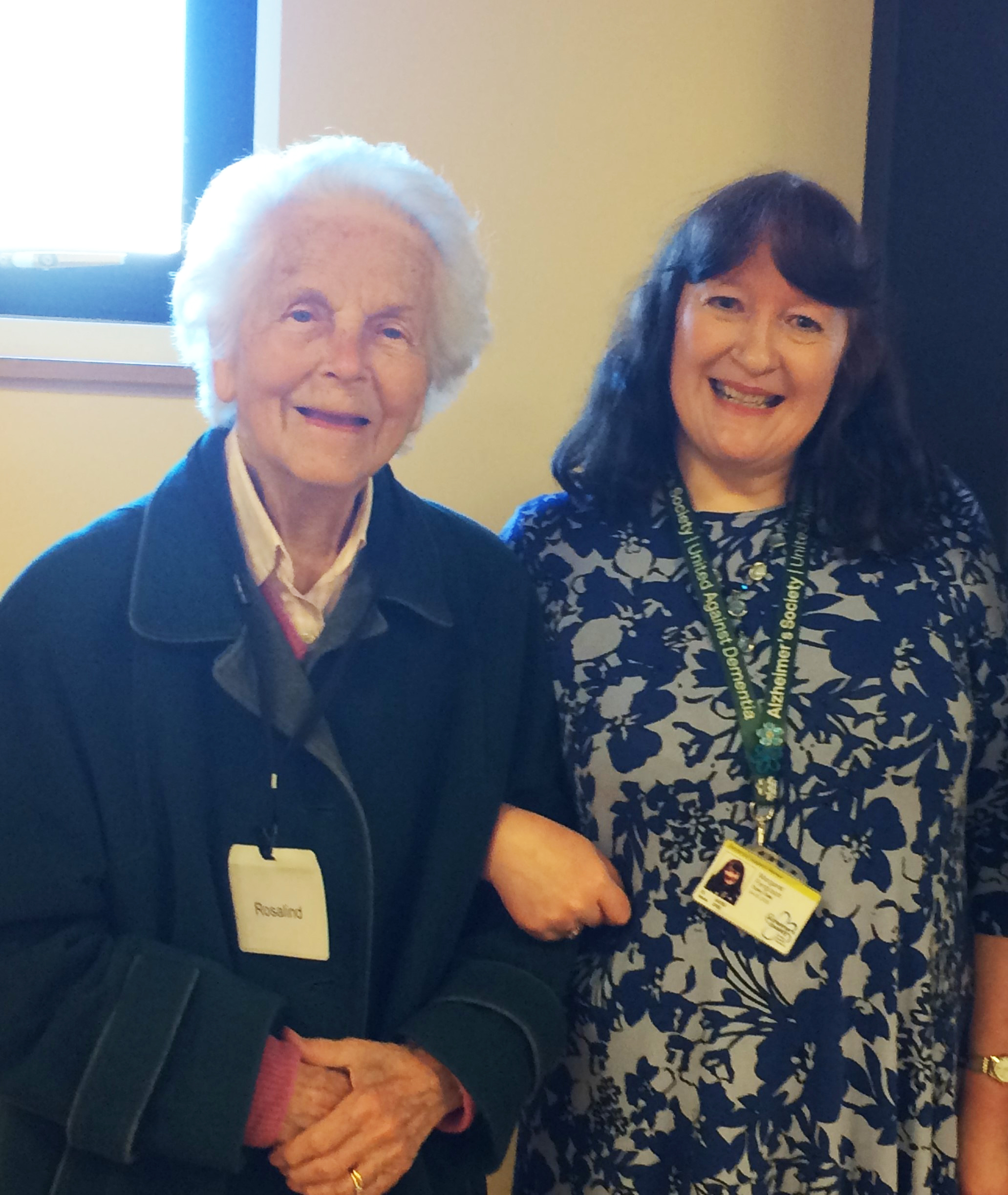 Margaret (right) with 'Singing for the Brain' participant.

I completed the BDC degree in October 2017, graduated in December 2017, and in March 2018 became a full-time Dementia Support Worker with the Alzheimer’s Society.  I now work on the front line in the community, supporting people living with dementia and their families in activities such as Singing for the Brain, memory cafés and sports groups.  I also provide one-to-one support in GP-based Dementia Advice Clinics and facilitate Carers’ Information and Support Programmes.  Another part of my job is running dementia awareness sessions and Dementia Friends training for a wide range of clients (such as prison staff, staff working with people who have learning disabilities, and the fire and rescue services).

I really enjoy my job as a Dementia Support Worker, as every day I know that what I do makes a difference to people living with dementia and the families.  Every single day I use the knowledge I acquired on the BDC, both from the dementia care and the neuroscience sides of the degree. Although I am working in the UK, the knowledge gained about dementia care in Australia and the United States has been very useful to me, as I can make cross-national comparisons and draw the attention of colleagues to good practice in other countries.  I still often refer to the materials saved from the BDC on MyLO and keep in touch with students I worked with in various units.  Although I was studying from the other side of the world to most of my fellow students, I never felt that the geographical distance separated us, and I feel that the BDC has given me a network of dementia care colleagues round to the world with whom I will stay in contact, and share ideas, well into the future.  I hope indeed to work with some of my former fellow students again, as I will definitely be back to study (part-time alongside my current job) if the Wicking Centre offers a higher level of online degree in dementia care.