TAS Test – A Tasmanian test that could solve a worldwide challenge 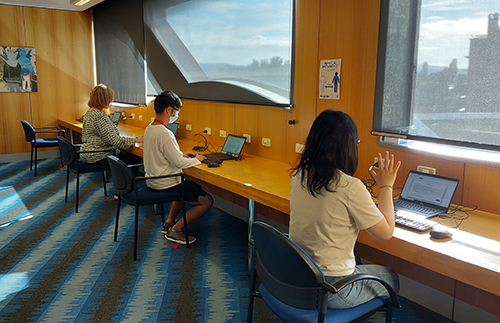 With ageing populations around the world, the prevalence of dementia is rapidly rising and we urgently need to find new ways of detecting the earliest stages of dementia – so individuals can be offered drug trials and preventive interventions at a stage when the brain is still functioning well. Already 50 million people are affected by dementia worldwide and this figure is predicted to rise to 152 million by 2050.

Did you know that hand movement patterns subtly change in dementia?

Here in Tasmania, a research team led by Dr Jane Alty, Senior Lecturer in Neurology at the Wicking Dementia Research and Education Centre, are developing a new type of dementia screening test called TAS Test – or ‘Tasmanian Test’. This innovative test will analyse hand movement patterns using standard home computers and smartphones to detect the very earliest stages of Alzheimer’s disease pathology 10-20 years before it has caused any memory or thinking symptoms.  As TAS Test is a movement-based test, it crosses the usual language barriers of other tests, and, as it is an online computer test, it crosses geographical barriers.

This means that, in the future, this test developed in Tasmania could reach around the world to transform dementia prevention and management globally.

The research team have recently been awarded a 5-year grant for $899,782 by the National Health & Medical Research Council to develop TAS Test.  It is envisaged that the final version of TAS Test will only take a few minutes and can be completed by people using their own home computer or smartphone. At this stage, we are still developing the test protocol and will be inviting participants from the Tasmanian Healthy Brain Project and ISLAND Project to help give us their feedback.

Thank you to all participants who have engaged in pilot testing to date, we really appreciate your valuable input and could not do this research without you!

This project is supported by a cross-college scholarship with PhD Candidate Renjie Li from the College of Sciences and Engineering.