RedUSe: Reducing Use of Sedatives in aged care facilities

Reducing Use of Sedatives or ‘RedUSe’ is a University of Tasmania national project that promotes the appropriate use of sedatives, in particular antipsychotics and benzodiazepines in Residential Aged Care Facilities (RACFs) in Australia.

Inappropriate use of antipsychotics and benzodiazepines has been recognised as an issue in Residential Aged Care Facilities (RACFs) in Australia for several decades. This has resulted in Federal and State government inquiries, media attention and the release of a succession of professional guidelines. However, the use of antipsychotics and benzodiazepines continues to be high in this aged care setting, with many residents often taking these medications inappropriately for extended periods.

The RedUSe project has proven an effective intervention to significantly reduce RACF antipsychotic and benzodiazepine use, with high degrees of staff, pharmacist and GP satisfaction.

RedUSe is a multi-strategic, interdisciplinary, structured initiative, which employs several approaches specifically targeted to improve sedative use. First trialled successfully in 2008, the RedUSe project study involved 25 Tasmanian RACFs. In 2013 the Department of Health, through the ‘Dementia and Aged Care Service Fund’, funded a national expansion to reach 150 RACFs throughout Australia in 6 states and the A.C.T. from 2014-2016.

Although several interventions have been designed and trialled to reduce sedative medication use in RACFs, few have evaluated the clinical impact of such a program on the residents themselves. The national expansion of the RedUSe project offered an ideal opportunity to do this and establish if the project impacted upon staff satisfaction.

There was a strong demand from RACFs to participate in RedUSe after two Australian peak aged care organisations, Leading Age Services Australia (LASA) and Aged and Community Services Australia (ACSA), promoted the project in print and online newsletters, resulting in over 300 expression of interest forms. 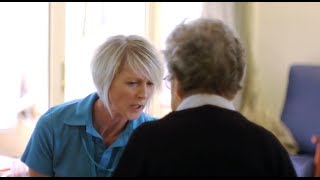 For a full copy of the report, please contact: