The MOOC draws upon the expertise of neuroscientists, clinicians, social scientists, dementia care professionals, carers and people with dementia associated with the Wicking Dementia Research and Education Centre.

Fran is Professor of Dementia Studies and Education at the Wicking Dementia Research and Education Centre. She is a registered nurse with postgraduate qualifications in applied science, sociology and public health. Her clinical, education and research practice is located in the fields of aged and palliative care. Her interests include dementia care, community responses to death and dying, and developing links between aged and palliative care. Fran's research uses methods that enhance understandings of practice and practice change in health care.

James has prime research interests for the Wicking Dementia Centre in the areas of the pathological basis for nerve cell degeneration in neurological conditions such as Alzheimer's disease, Parkinson's disease and structural plasticity. He is also involved in projects related to the integration of health care services for dementia care.

Andrew established a thriving multi-disciplinary aged care research program in Tasmania, which has received more than $16 million of competitive funding since 2002. In 2008, Andrew established the Wicking Dementia Research and Education Centre with Co-Director Professor James Vickers. Since its inception, the Centre has made significant progress in establishing an innovative translational research program, with a national and international reach.

Maree is a cognitive neuroscientist with expertise in brain development and ageing and neurological and cognitive disorders. Her current research interests include dementia risk reduction, timely diagnosis and early intervention for cognitive impairment, and translating evidence into programs for the community and primary care. Working with Alzheimer's Australia, Maree developed and evaluated a range of resources and eHealth tools for community education about dementia and risk reduction, including the world's first publicly funded dementia risk reduction campaign, Your Brain Matters, and a smartphone application, BrainyApp, which has been downloaded more than 300,000 times and won a 2012 Victorian Public Healthcare Award for healthcare innovation. Maree is currently also teaching in the Bachelor of Dementia Care at the University of Tasmania.

Dr Alison Canty is an Associate Professor in the Wicking Dementia Research and Education Centre in the Faculty of Health. Her research interests are in the field of neuroplasticity in health, ageing and disease with a particular interest in the cellular and molecular mechanisms of repair, regeneration and degeneration in the central nervous system. She is responsible for the coordination of the design and delivery of the fully online Bachelor of Dementia Care with emerging interest in the evaluation of curriculum design, review and scholarship of learning and teaching.

Associate Professor Anna King is head of research at the Wicking Dementia Research and Education Centre and a lecturer in the fully online Bachelor of Dementia Care. She trained as a molecular cell biologist at Durham University (UK) and completed a PhD in neuroscience at the University of Tasmania. She currently leads an active team of researchers investigating the basic pathological mechanisms of neurodegenerative disease including Alzheimer's disease, frontotemporal dementia and amyotrophic lateral sclerosis, with a focus on developing strategies for neuroprotection.

Andrea is a registered nurse with postgraduate qualifications in mental health, health services management, and aged care nursing, and has completed a Master of Nursing. Her primary professional interest is in the care of people who are living with dementia. She has been working in aged care for more than 20 years in Australia and England, and is currently a lecturer in the Associate Degree in Dementia Care with the Wicking Dementia Centre.

Matthew completed his PhD in neuroscience in 2001 and taught at the University of Newcastle and UNSW before returning to the University of Tasmania in 2007, where he is now a Senior Lecturer in Neuroscience. His research interests include the cellular structure of neurons and the organisation and function of the cerebral cortex, including the evolution of human and other mammal brains. He is also extensively involved with neuroscience education in tertiary, secondary and community settings, and has co-authored an introductory textbook on brain anatomy and function. 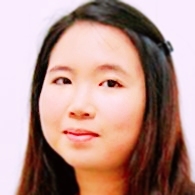 Joanna has developed and co-authored an environmental assessment tool and a user guide with Professor Richard Fleming, known as the Singapore Environmental Assessment Tool (SEAT). The SEAT enables users to evaluate facilities providing high levels of care for people living with dementia in Singapore.

Joanna has worked in the aged care industry in both Australia and Asia and has a background in nursing, design and program development in dementia care. Her research interest lies in understanding the influence of the built environment and technological solutions on people living with dementia and their families.

Carolyn is a lecturer in the School of Health Sciences. She has a PhD in Neuroscience and her research interests include the biology of dementia, therapeutic approaches in dementia, as well as the scholarship of open and online learning.

Professor John Keady is a registered mental health nurse and completed his part-time PhD in dementia studies in 1999 using a grounded theory methodology. Prior to this, he practised for several years as a community psychiatric nurse in dementia care, a position he held in North Wales. Since 2006 John has worked at the University of Manchester where he holds a joint position between the University and the Greater Manchester West Mental Health NHS Foundation Trust. John currently leads the inter-disciplinary Dementia and Ageing Research Team at the School of Nursing, Midwifery and Social Work and is Chief Investigator on the multi-site ESRC/NIHR Neighbourhoods and Dementia Study [2014-2019]: www.neighbourhoodsanddementia.org. He is founding and co-editor of the bi-monthly Sage journal: Dementia: the international journal of social research and practice, first published in 2002. John is also a Senior Fellow at the NIHR School for Social Care Research.

Mathew is a registered psychologist and Member of the APS College of Clinical Neuropsychologists. He is a practising clinical neuropsychologist with 15 years of clinical experience. Mathew is an Associate Professor based at the University of the Sunshine Coast. He currently supervises several postgraduate research students, conducting research into neuropsychological effects of ageing, amongst other topics.

Jenny was a Foundation Director of one of the three National Dementia Collaborative Research Centres established under the Australian Governments National Dementia Initiative and was Queensland's first Professor of Nursing (Aged Care). She is the author of the Abbey Pain Scale, the pain scale most widely used in Australian Residential Care facilities to assess pain for people with dementia who are unable to verbalise their needs in a meaningful way. Jenny now sits on the National Ministerial Dementia Advisory Committee, the South Australian Guardianship Board, consults to the aged care industry, and holds adjunct academic positions in Brisbane, Hobart and Adelaide.

Martin is a Psychiatric Geriatrician with nearly 20 years' experience in the diagnosis and management of dementia. He works for the Older Persons Mental Health Service in Hobart, Tasmania.

Kate commenced her professional career as a nurse, specialising in dementia and aged care, and then operating theatres, and is now an advocate and activist for dementia and aged care, and is also an author, poet and speaker. She was diagnosed with younger onset dementia when she was 49, and post-diagnosis completed a BA and BPsych and is still studying. Her daily blog has been archived in the PANDORA collection of the SA and National Library, and is an academic resource used around the world.

Irene was a senior technician at the University of Tasmania's School of Medicine for many years, where she was the electron microscopist and photographer for Professor James Vickers's neuroscience group. She is now a full-time carer for her husband who has been diagnosed with dementia.

Connie has been part of Alzheimer's Australia's National Younger Onset Dementia Key Worker Program, as Key Worker and Team Leader for Tasmania, since 2013. Connie has over 45 years' experience working in the non-profit sector with people with special needs, particularly in the areas of counselling, training, and management. She has professional qualifications in speech therapy, counselling, workplace assessment and training, and business and human resource management. Connie was appointed as a Member in the Order of Australia with an AM in June 2014, for her significant service to the community through suicide prevention, counselling, support programs and professional training.

Professor Roger Fay retired from the University of Tasmania in 2013. In his capacity as an Adjunct Professor he continues to supervise PhD students, and to undertake research and a range of consultancies. Prior to his retirement, Professor Fay was Head of the School of Architecture & Design and Associate Dean (International) for the Faculty of Science, Engineering & Technology.

Professor Fay's expertise is in the fields of design for sustainability and design for dementia. He has undertaken 25 years of research in these areas and sees the research outcomes providing valuable information for design students, practitioners, clients, and government and non-government organisations. His passion for seeing sustainable design as an integral part of the built environment led to his key involvement in designing the original version of NABERS, the National Australian Built Environment Rating System, now a standard used across Australia.

Professor Richard Fleming is a Clinical Psychologist who has worked in the field of older persons' health for more than 25 years. While Regional Coordinator of Mental Health Services in New South Wales, he played a major role in the development of the CADE units (Units for the Confused and Disturbed Elderly) for the Department of Health. Nine of these were built to replace services that had been provided by psychiatric hospitals.

In 1995 he joined the Hammond Care Group and established the Dementia Services Development Centre (DSDC) which provides training in the essentials of care for people with dementia. He has published books and papers on environmental design, reminiscence therapy, reality orientation, care planning, depression and spirituality in aged care services, assessment of older persons and service evaluation. Richard is currently involved in research projects dealing with environmental design and person-centred care, and humour in residential aged care. He was recently appointed Clinical Associate Professor in the Faculty of Health Services and Behavioural Sciences at the University of Wollongong.