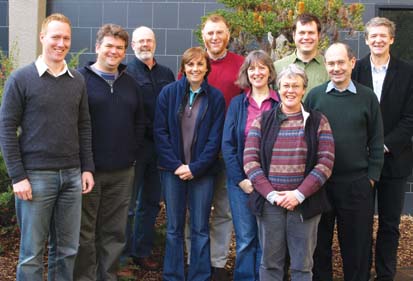 Biodiversity in Grain & Graze won a prestigious 2008 Banksia Foundation Environmental Award.
The Banksia Environment Foundation was established in 1989 by a group of 44 Australians wanting to support and recognise members of the community for their positive contribution to the environment. In 2008, awards were presented in 10 categories (www.banksiafdn.com).

The Biodiversity in Grain & Graze project won the national award in the Land and Biodiversity category. Awards were announced at a function in Melbourne on Friday July 18 2008, attended by the Deputy Prime Minister Julia Gillard and the Federal Minister for the Environment, Heritage and the Arts, Peter Garrett.